South Tyrol Teaches You the Art of Slowness 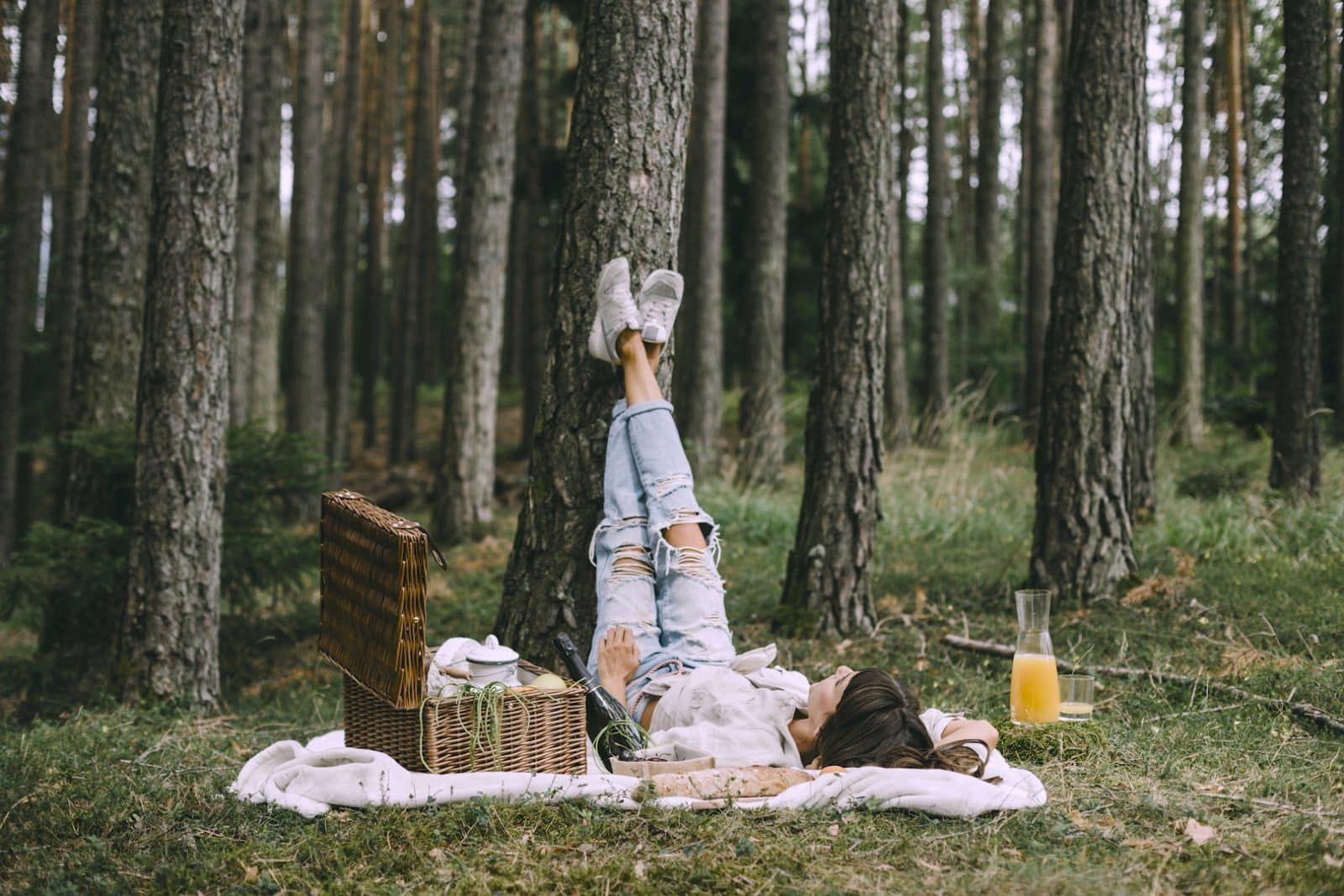 How a new nature retreat celebrates „Moments of Calm“

South Tyrol (in Italian: Alto Adige) stands for Mediterranean joie de vivre, good wine, fantastic landscapes and an idyllic mountain atmosphere. We won‘t mention here that the northern and southern parts of Italy are not always in full agreement . Fact is that the South Tyroleans speak a charming regional dialect of the German language rather than Italian.. More precisely, there are over 40 different variants of the dialect. German is the mother tongue of over 62 percent of the inhabitants, 23 percent speak Italian and four percent converse in the special language Ladin (mainly in the area of the Dolomites mountain range).

An Oasis of Light and Tranquility

As of May 2017, the Alto Adige has added yet another jewel to its crown: the Hotel Seehof Nature Retreat (4 Stars) located in Natz, close to Brixen (Bressanone). Husband and wife Tamaris und Andreas Auer, hoteliers from childhood, run it with the motto „Moments of Calm“. The hotel was inherited from the parents and has been completely rebuilt, blossoming into a true gem indeed. Alpine down-to-earth-ness and the easy-going mediterranean approach join hands.Picture perfect, the modern building itself has the air of a landscape. Once you enter the nature retreat, you feel transported into another dimension where there is no space for the stress and bustle of everyday life.

Working out of their architectural practice „Noa“ in Bolzano, Stefan Rier and Lukas Rungger, are responsible for the design of the estate. They have studied under star-architect Matteo Thun, one of the most famous sons of the region and the resort. reflects Thun‘s clear, minimalistic style. There are light, airy rooms and suites, some of them with open bathrooms. You immediately feel compelled to open the patio doors in order to get even closer to the landscape, watching the play of the delicate curtains as they billow in the gentle breeze of the evening wind. Throughout the premises, earth- and stone-colors accented with hints of lavender and coppery tones can be found. The latter remind us of the pioneering spirit of the owner‘s grandfather, who had water pipes installed in 1958 to supply the plateau with running water for the first time.

Relaxing Moments in the Spa

The Yang of the architecture snuggles into the Yin of the landscape. Directly in front of the spacious terrace with its comfortable lounge sofas, the private natural lake extends just like a private water stage. It bids us to slow down and meditate but also invites for a swim. The glazed panoramic sauna in the spa „La Primavera“ offers a view of the lake, as well, and even has direct access to it . For those preferring to swim in the pool there is an infinity pool with a spacious area to sunbathe. The spa provides a variety of relax-treatments that are tailored to the individual guest‘s needs. Products from the German cosmetics line Babor are used , supplemented by South Tyrolean products made by Vitalis and Team Dr. Joseph .

Culinary Delights of the Region

The hoteliers also lend great importance to regionality and freshness of the products in their restaurant area. These range from meat and vegetables to organic milk products and honey from local bees. Apple groves start just outside the front door of the estate and extend as far as the eye can see. In front of the evening-restaurant there is the „Borgo dei Sapori“, a „marketplace of delights“. Three times a day, delicacies are piled up in abundance here – for breakfast, midday pasta and afternooon snack (well known as „Marende“ in South Tyrol “).

Hiking with your Host

Every morning, hotel manager Andreas Auer invites you to join him for a hike lasting several hours, exploring the area in and around the episcopal city of Bressanone Of course, those who want can to do this on their own: on foot, by car or on by mountain bike. In any case, a stop in one of the quaint restaurants with South Tyrolean cuisine is a must and offers a perfect symbiosis of hearty Tyrolean home cooking and the ItalianMediterranean touch. Specialties such as barley or tortelli soup, Schlutzkrapfen, Ladin Risotto, Kaiserschmarrn or Strauben are definitly worth a little sin.
.

Five Things that you Must not Miss in South Tyrol

Kloster Neustift also called Stift Neustift in the village of Vahrn near Bressanone is the largerst and oldest monastery in Tyrol. It was founded in 1142 by bishop Hartmann as an Augustine Chorherrenstift. Its large area offers much to discover. There ist the Romanesque collegiate church, which was converted to baroque style in the 18th century. The fountain in the courtyard represents the seven wonders of the world. There is also the Roccoco style library, the Turkish wall and above all the rotunda of Castel Sant‘Angelo, formerly a hospice and defense facility.

Theatrical Experience Tours are available on different topics: „Auf den Spuren des Elefanten“ („In the footsteps of the elephant“) you can learn Bressanone‘s past between the Middle Ages and modern times. „Auf sagenhafter Schatzsuche am Woody Walk“ („On a fabulous treasure hunt on the Woody Walk“) you go on ma mountain-walk with shepherds and get to listen to exciting lore and stories. If you fancy a little scare book the night walk „Hexen, Henker und Halunken“ („witches, executioners and scoundrels“). It takes you through Bressanone‘s old town streets and relates horrible crimes and dark myths. Tickets are available from 10 Euro; book at Brixen Tourismus.

Excursion to the local mountain of Bressanone. The Plose is rises up to 2.500 m. Its extensive mountain-massif with several peaks (Telegraph, Pfannspitze, Gabler) guarantees a fantastic view, lots of sunshine (South Tyrol has 2.000 hours of sunshine per year), the typical fun you find in alpine huts, and beautiful hikes, for example to the Rossalm . If you prefer wheels, rent a bike or a mountain cart. In winter you can ski taking advantage of some 45 kilometers of slopes connected to 8 lifts. With its length of 9 kilometers, the Trametsch is the longest prepared ski-descent of South Tyrol and represents a special challenge.

Wine tasting at a winery. Do not underestimate the South Tyrolean wines, produced in about 5.000 wineries. Although the cultivation area is comparatively small, it is very diverse, producing about 20 different grape varieties. 55 percent of these are white vines from grapes finding excellent conditions in the mineral soils and in the microclimate. The Köfererhof of winemakers Gaby und Günther is one of the typical wine farms in the Eisacktal with a long tradition. On 5,5 ha at a height of 650 m, the vines grow around the picturesque winery in Vahrn. It‘s worth a visit.

Törggelen in South Tyrol. Locals call it the fifth season: The Törggelen season starts in October and runs to the beginning of the Advent season. The traditional way the farms were run in the country is the basis of Törggelen: after collecting the harvest, the farmers invited their helpers to eat and brought to the table what autumn has to offer. The term Törggelen is derived from the “Torggel”, the name of the grape press in the pressing room (latin torquere – to press). In country inns from Brixen to Barbian and Lajen, people today indulge in the old customs enjoying roasted chestnuts, South Tyrolean bacon, the special local hard bread, sausages with cabbage, and freshly slaughtered meat like „Rippelen“. Most important, of course, is the tasting of the young, not yet fermented grape juice, called the „Nuien“. If you eat, you have to move too. That is why traditional Törggelen also includes a hike in the Eisacktal.