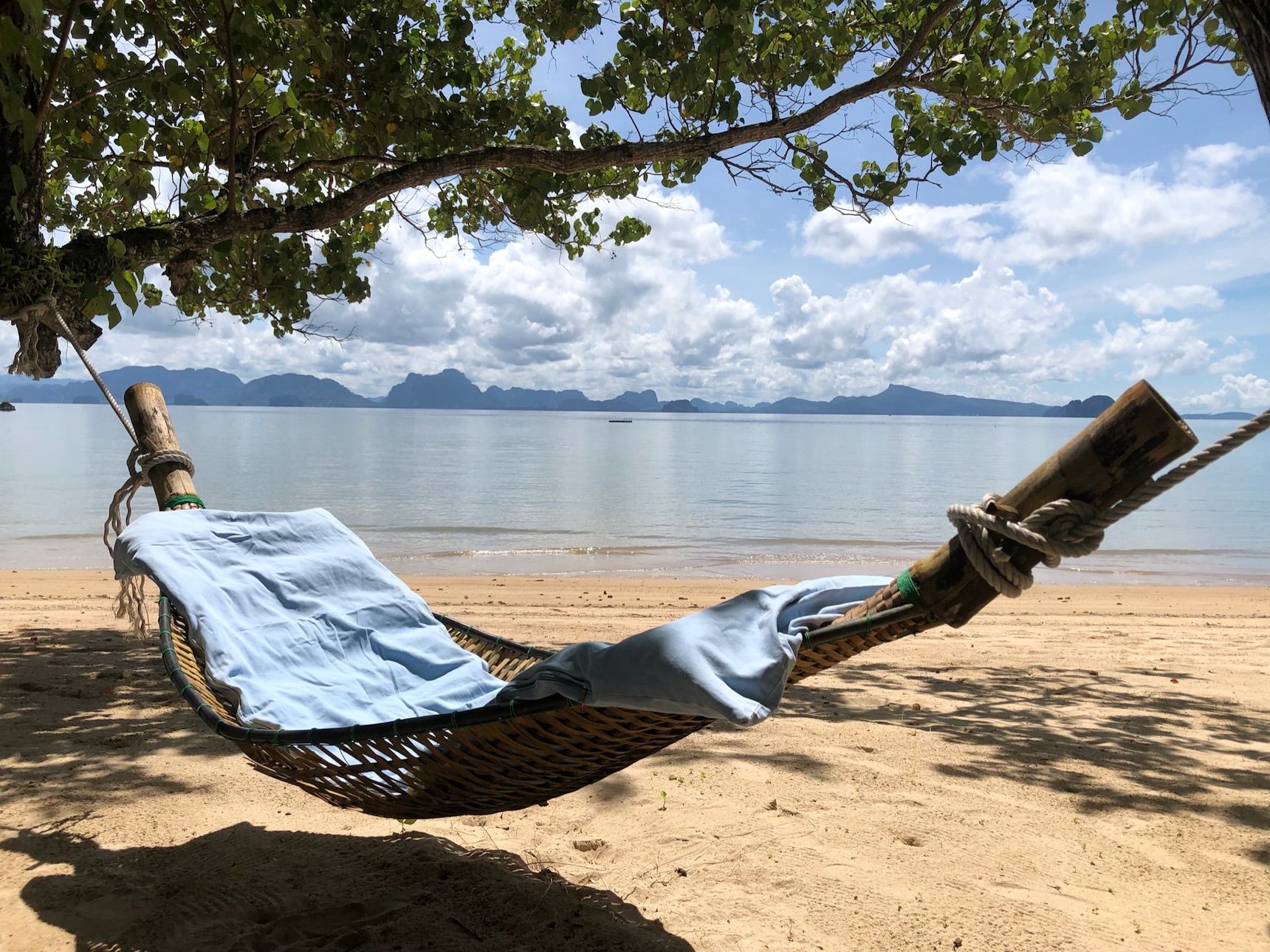 The Journey Home Goes Through The „Sandbox“

Written by Melanie Rüdiger on 23. October 2021. Leave a Comment

Since July 1, 2021, Thailand has been the first Asian country to allow vaccinated persons to enter Phuket with a mandatory stay of 14 nights, the so-called “Phuket Sandbox” model. This is where our Thailand-based author Melanie Rüdiger had to go after a necessary stay in Germany. A journey back with quite a few obstacles. Originally, I wanted to fly to Germany in 2020 as every year in June. Due to Covid-19, my flight was postponed and finally cancelled, and I decided to wait out the pandemic in Thailand. Besides, I didn’t want to leave the country for fear of not being allowed to return to my husband. Then in the middle of the Covid-19 peak in February 2021 my only uncle died. I had to go to Munich to fulfill his last will. Not quite that easy! After a very quiet year the Covid-19 cases in Thailand had eventually risen. All airports, even Bangkok, were closed. Any arrivals or departures were only possible through Phuket airport, about 160 km away, but to enter the peninsula was not allowed to unvaccinated people like myself. I was supposed to get my two shots in Munich, as vaccines in Thailand are still not accessible to the masses. I booked a Business Class special fare with Qatar Airways, in order to minimize contact to people as far as possible, and I hoped that me and my likewise unvaccinated driver would somehow be able to pass through to the airport with producing the mandatory PCR test. Much excitement, endless discussions about the validity of my papers followed. At midnight, I fell into my plane seat all exhausted. Endless paperwork for the return trip As soon as I had my second shot in Munich, I applied for the „Certificate of Entry“ (COE), the entry permit for Thailand. First, I had to upload the usual papers to a dedicated Thai government website: Visa, Re-entry Permit, a copy of my Thai husband’s passport, our marriage certificate and of course the vaccination certificates. Within two days I received the pre-approval of the Thai Consulate General in Munich by e-mail. Step 2 was much more complex: Only certified hotels must be booked for the stay in the Sandbox and everything including transfers and three PCR tests for 8,000 baht (ca.200 euros) had to be paid in advance. I had decided for the model “Phuket Sandbox 7+7 Extension” which means that one must stay the first seven nights exclusively in Phuket, even boat excursions are not allowed.… weiterlesen 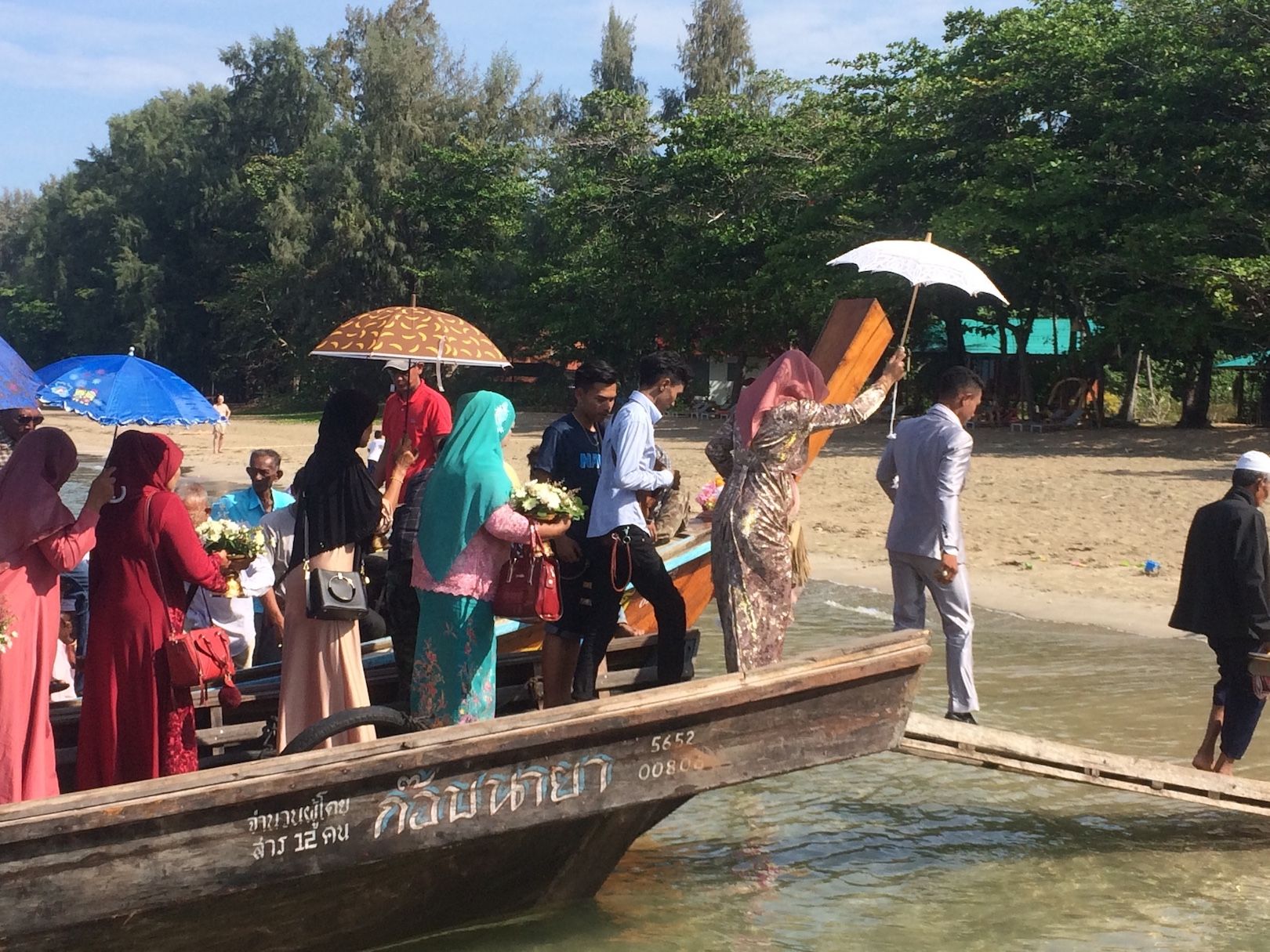 The Hidden Face of Thailand

Written by Melanie Rüdiger on 28. November 2020. Leave a Comment

In part 2 of her story Melanie Rüdiger, a German architect who is married to a Thai, reports on her life in a Muslim village community with sometimes challenging differences in culture and mentality. What infrastructure is there on „your“ island? Koh Siboya is almost exclusively inhabited by Muslims, and apart from a few shops for their daily needs, no kind of culture is offered here. For any major purchases, cash withdrawal, mail services or a doctor’s visit, even in acute cases, we must always go to the mainland, regardless of weather conditions and waves. Since we do not own a car, we do all this by motorcycle. A life without a car in Munich would be unthinkable for me. Here, however, I try to avoid all purchases that require immense care in order to function in the tropical climate on the long run. What I miss less are visits to museums and cinemas. Rather the coffee or the drink afterwards. All of this I just block out mentally and make up for it on home visits. You had to convert to the Muslim faith… The biggest step into my other life was becoming a member of the Islamic community. I avoid the term “converted” because, in my opinion, this includes more than a brief ceremony and how I actually live. Islam is on the one hand formative for living together in the village communities, on the other hand it combines with the tolerant attitude of the Thais, for whom a peaceful coexistence of all religions in the whole country is a matter of course. Nevertheless, it is assumed to move in together under one roof only as a married couple and to convert to Islam as a spouse. Apart from covering my hair in public and not showing too much bare skin, nothing else is expected of me. It is probably obvious to everyone that I did not become a Muslim overnight. However, I never leave the house without a hijab, the head veil, which in Thailand is mostly colourful and comes with a lot of bling-bling. Bare shoulders and bare knees in light fluttering dresses are a no-go. This is sometimes a challenge in the tropical climate, but in return I am unconditionally accepted in the community. Of course, this is a huge difference to the free life as a tourist. How do you cope with the differences in mentality?… weiterlesen 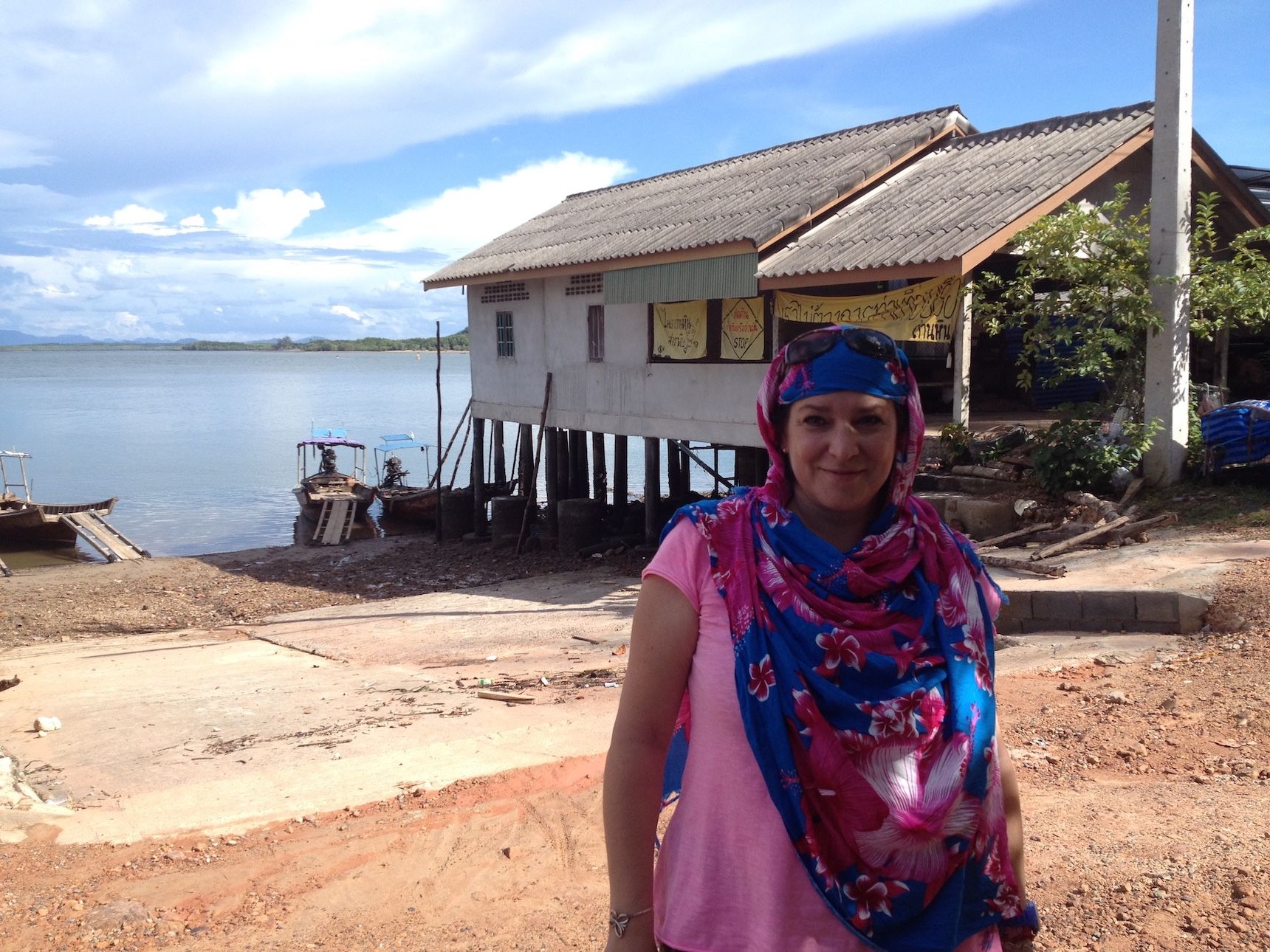 My new Life on a Thai Island

Written by Melanie Rüdiger on 21. November 2020. Leave a Comment

One immediately thinks of white beaches, turquoise sea and cocktails under coconut trees. Melanie Rüdiger, a German architect who has drawn to an island in the Indian Ocean for love, reports on the reality in paradise. Why did you emigrate from Germany to Thailand six years ago? That sounds like a cliché, of course, because I met my future husband while on vacation. After my first Thailand trip many years ago, the longing for this country never really left me since. When I learned of an acquaintance who had settled on a small unknown island in the Andaman Sea, I took this as the starting point for a planned island hopping. However, I didn’t get far, because Koh Siboya turned out to be a little paradise, where you just could live for the day and quickly forget all other plans. Low, now my husband, worked at the only resort on the island and immediately caught my eye with his beaming smile and attentive way. We got closer. And how did it continue with the both of you? After the holiday, there were daily video calls and countless WhatsApp messages. On another visit to Thailand he proposed to me and asked if I could imagine living with him on his inherited piece of land. Professionally at that time, I had climbed one of the highest career steps as an architect and project manager. Handling another major project would have been exciting, but it no longer meant a passion. Personally, I had a long, difficult relationship behind me. In short, all of this made the decision easy for me. What does your everyday life in Thailand look like today? One of the biggest challenges for me is that there is no daily routine and I do not have any regular work. Just hanging out in the hammock wouldn’t be my thing. Usually the weather determines which activities take place – if it’s too hot, you can only work outdoors in the early morning, if it’s pouring down, you better not set foot outside the door. Unlike in the Gulf of Thailand you can only swim in the Andaman Sea in the high season, corresponding to the European winter, and on our island only at high tide. So much for the myth of a year-round beach life. Where do you live on the island? The inherited piece of land in the village of Low’s family turned out to be a rubber plantation, which we gradually cleared and cultivated. There… weiterlesen