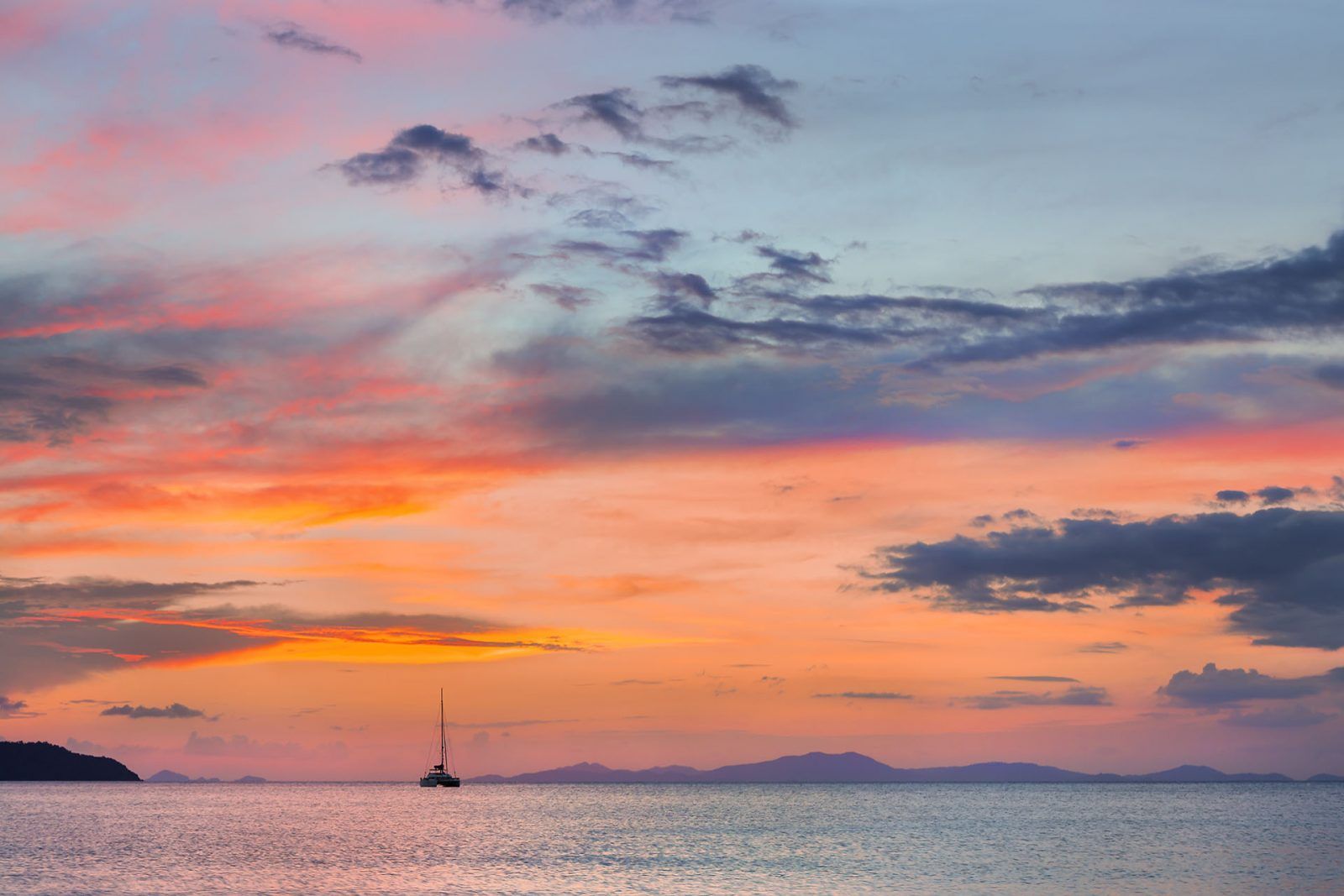 Written by Martin Schacht on 5. May 2019. Leave a Comment

The renowned travel guide author Martin Schacht reports on a dreamlike journey to one of the last paradises on earth, the Mergui Archipelago in Myanmar. The text is accompanied by the sensitive images of the award-winning photographer Ken Schluchtmann, who continues his many years of personal engagement with Myanmar with these wonderful photographs. Robinson charm in the Andaman Sea They say there’s a snake lurking in every paradise. But here, between the mangroves that stretch their roots into the shallow water like stilts, I’m afraid, it’s perhaps more of a big lizard. Somewhere I read about a battle in World War II in which a group of Japanese soldiers were driven by the Allies into a swamp on the Burmese coast near the town of Mergui. Of the 400 Japanese, only 40 survived. Not because they had fallen victim to any warlike conflicts, but because there were so many crocodiles there. Puffer fish on a leash The swamp and the city of Mergui lie several hundred kilometers north, so the people I ask assure me, that the crocodiles are on farms or dead. Just as dead as the pufferfish, whose round, prickly skins dry like floppy balloons on a leash in the sun and which are supposedly sold to China, because somewhere in Ghuangzhou in the Pearl River Delta handbags made of puffer fish leather are now in fashion. Digital detox Apart from that, the island 111 is almost incredibly idyllic. Women with patterns on their faces from Thanaka, the grated tree bark that is supposed to protect from the sun, repair the traps. The men go out to sea, and the huts are made of traditionally woven bamboo mats, covered with palm straw. The cheerful children on the beach are completely satisfied with their kittens and some plastic cups to play with. They do not know the Internet, and there is no mobile phone network here either. Sometimes the phone actually works east of island 108, but only when it’s not raining. In this respect, there is no need to look at the mobile phone, which makes some travellers nervous. But what should one miss here? Numbers instead of names The village has just as little name as most of the surrounding eight hundred uninhabited islands. After all, the islands wear numbers. The Mergui Archipelago is the last untouched island paradise in the world. White beaches with turquoise lagoons, coral reefs and dense jungle are almost all to yourself.… weiterlesen