Written by Margit Rüdiger on 26. February 2022. Posted in Health & Beauty. 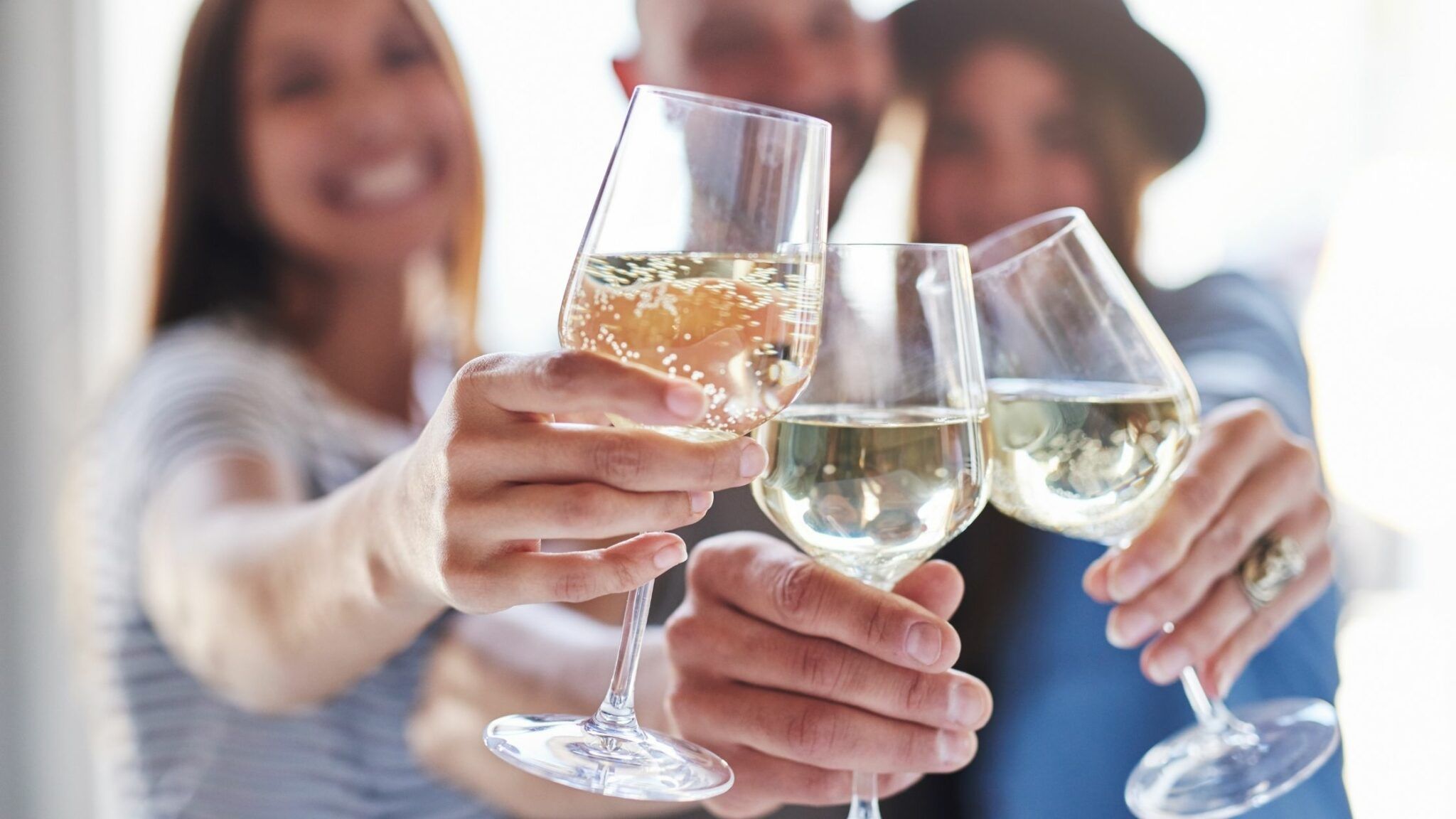 Birthdays, Christmas, the master’s degree – whenever there is a party in our culture, alcohol is part of it. And when people are sitting together in such a cozy atmosphere, they often like to drink a little too much. Who thinks about his skin in such moments? But the fact is that it takes a month for the skin to recover from a single night of drinking.

“For the body, alcohol is a toxic substance,” confirms English nutritionist Lorna Driver-Davies. It tries to break it down again as quickly as possible with the help of its main detoxification organ, the liver. During this process, the liver metabolizes alcohol into an even more toxic substance called acetaldehyde. To make this less harmful, nutrients, minerals and antioxidants are called upon.“

Elsewhere in the body, precisely these building substances are then missing, which play an important role when it comes to cell renewal, for example, and slowing down the aging process, preventing pimples and binding moisture. However, because our skin is not a vital organ, our organism first of all prefers to break down alcohol and not to supply the skin.

Too much alcohol is quickly reached. It’s hard to believe, but at 26.4 grams of pure alcohol, a glass of champagne or sparkling wine already exceeds the recommended daily amount of 20 grams for women (30 grams for men). And with a glass it is not done mostly. Who goes out intensively, brings it in the week well and gladly on 8 to 10 cocktails, that are in each case at least 33 grams of pure alcohol. This also leaves its mark on the skin.

Just like nicotine, regular alcohol consumption causes the skin to age prematurely. It also promotes a number of skin diseases and causes pimples because it stimulates the sebaceous glands. Blackheads inflame more easily because alcohol weakens the immune system. Binge drinking has been shown to hinder the immune system for up to 24 hours. Certain proteins, so-called cytokines, which are involved in the defense against infections, are slowed down. As a result, we become more susceptible to infections. Germs and viruses can penetrate the organism unhindered. For example, acne and fungal infections develop.

The supply of nutrients no longer functions smoothly. The lack of vitamins has visible consequences for the skin: Vitamin B deficiency causes it to become cracked and flaky, and too little vitamin C weakens the connective tissue and the tissue becomes flabby. Even dormant skin diseases such as rosacea can break out as a result of excessive alcohol consumption. There are studies that indicate that women are particularly affected.

New Yorks Ernährungsexperte Dr. Jairo Rodriguez,, whose clientele includes U.S. celebrities from designer Michael Kors to ex-model Heidi Klum, doesn’t mince words when it comes to alcohol: “Alcohol is one of the worst and most aggressive components to destroy the skin. I always tell my patients ‘If you want to look older, keep drinking!'”

“Basically, alcohol is sugar, just with 50 percent more calories,” says Michael Prager, M.D., a dermatologist in London. “A gram of fat has 9 kilocalories, carbohydrates 4.5 and alcohol 7. But sugar is guilty of glycosation, a stiffening of elastin and collagen fibers. It ages cells and tissues by increasing insulin levels, bringing changes in DNA and oxidation in tissues. This affects cells in a variety of ways: It can cause free radical damage, decrease cell proliferation and collagen production.“

Last but not least, alcohol acts like a diuretic, withdrawing water from the body. Nutrient absorption is impaired, and one has a craving for salt. In women, it alters hormones by increasing testosterone levels. In the long run, this leads not only to pimples, but also to a masculinization of the appearance if alcohol is abused continuously: the female waist disappears, a barrel-like middle, a bloated face, thin legs and hair loss occur.

According to Los Angeles dermatologist Dr. Harold Lancer, complexion guru to Scarlett Johansson, Victoria Beckham and Kim Kardashian, it can take up to a month for our skin to recover from a single hangover. That’s why alcohol is taboo on any film set. Now that doesn’t mean you can’t have a glass of red wine now and then, but it shouldn’t be more than that. About the widely recommended fatty hangover breakfast the next morning, Lancer says, “You might as well paint blemishes on your face.”

The first rule to avoid the negative effects of alcohol on the skin is: moderation! If you don’t drink regularly and then don’t go overboard, you can enjoy your glass of wine or prosecco without a guilty conscience. Beware of cocktails and mixed drinks with soft drinks. They are a real sugar trap, pushing insulin levels and thus leading to skin inflammations such as acne. And: salty spirits puff up the tissue.

All it takes is one alcohol-soaked night to trigger inflammation, which then causes red spots, enlarged pores, swelling and dehydrated skin. If one thinks he can compensate for this with good skincare, he is wrong. Because even the most expensive and best products in this world can do little for your skin if you constantly sin with alcohol.