Antioxidants – why we can’t do without 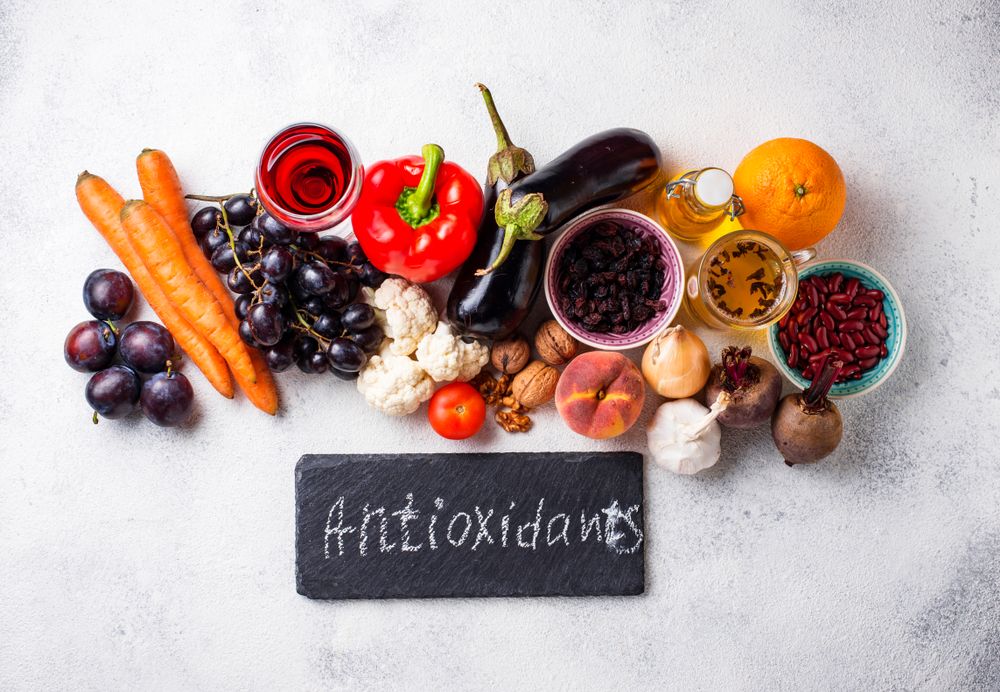 A topic that is in the truest sense of the word brand new in these sunny months: free radicals and their antioxidants. Even without sunburn, UV radiation can create huge amounts of free radicals in the skin. In order to combat these extremely aggressive cell destroyers effectively, antioxidants from the inside and outside are required.

If we would qualify free radicals exclusively as “bad”, that would be wrong. It is not for nothing that the body produces it itself during various metabolic processes. He needs them, for example, so that the immune system can keep bacteria, viruses or inflammatory press under control. Normally, the human body’s defense mechanisms are equipped to deal with a certain excess of free radicals. But our modern lifestyle is overwhelming. In addition to UV radiation, alcohol, smoking, the inhalation of environmental toxins and even blue light from smartphones, tablets and the like all promote the formation of these molecules that damage the cells. The body’s own defense system can no longer adequately eliminate the aggressors. Oxidative stress occurs. The cells become inoperable. Not only premature aging of the skin, but many health problems begin with it.

Desperately looking for an electron

If you want to understand the importance of antioxidants, you have to understand how free radicals work. The chemical structure of these oxygen-containing molecules is unstable because they lack an electron. In their search for a replacement they are extremely aggressive and extremely fast. It only takes 10-11 seconds (0.000 000 000 01 seconds) to find a suitable binding partner. They snatch the required electron from this intact molecule, which can be from the cell membrane, from a protein or from DNA. This electron robbery is known as oxidation. A chain reaction starts. The stolen molecule is now also a free radical and is looking for a victim. The higher the concentration of these killer molecules, the more massive the oxidative stress and the damage in the body. Depending on which molecules are affected, cell functions are impaired, and if the membrane is damaged, even cell death occurs. With DNA damage, uncontrolled cell division (development of cancer) is the result. And much more.

The power of antioxidants is that they make free radicals inactive and thus harmless. How? They add the missing electron to them. These radical scavengers are divided into five groups: vitamins, minerals, enzymes, trace elements and secondary plant substances (phytochemicals). The human organism produces a small part of antioxidants in the form of enzymes itself. The lion’s share has to be taken in with food. Vegetables, lettuce, herbs, fruits, sprouts, wild plants (e.g. dandelion, ground elder), oil seeds and nuts as well as natural oils and fats are rich in antioxidants. Vitamin C and E (in fruits and vegetables), the best-known antioxidants, can be strengthened by polyphenols, a secondary plant substance found in grape seeds and green tea. Tip: Eat fruits and vegetables with the peel if possible, as the valuable antioxidants are often located directly under the peel. Trace elements such as zinc, magnesium and selenium should be ingested along with enzymes to fully develop their antioxidant potential. In addition to alpha-tocopherol (in vegetable oils such as wheat germ oil), which belongs to the vitamin E group, the so-called tocotrienols (in palm and coconut oil) are very potent. They are said to have an antioxidant effect that is up to 40 times higher than that of alpha-tocopherol. Most effective at neutralizing free radicals is a mixture of as many antioxidants as possible. There is no need to fear that you will eat too many of them in your meal. Food supplements should also always contain at least two antioxidants. However, you should take this in consultation with your doctor in order to avoid a general overdose. Water-soluble vitamins (B and C) that the body does not use are not a problem; they are excreted through the kidneys. Fat-soluble vitamins (A, D, E, K) can cause headaches, nausea and increased bleeding if taken in too high doses for a long time.

An excess of free radicals in the skin leads to cell and tissue damage. Collagen is broken down, wrinkles appear, the complexion appears pale and slack. More and more care products such as creams and serums are intended to combat oxidative stress in the skin from the outside. Above all, vitamin C (to protect the inside of the cell) and E (for the cell walls) are used, as well as coenzyme Q10. Omega-3, Omega-6 and Omega-9 have a smoothing effect on the surface of the skin. They are particularly effective in combination with retinol. Glutathione, superoxide dismutase and ubiquinol also have antioxidant effects, while beta-glucan reduces redness and irritation. So-called anti-pollution complexes are formulated in such a way that they cover the skin with a protective film against fine dust and other environmental pollution. And last but not least, products with a sun protection factor can prevent the formation of free radicals. Apart from antioxidants in connection with UV protection, however, it is difficult to prove that the active ingredients with radical scavenging qualities also get where the skin needs them. What works in vitro in the laboratory does not necessarily apply in vivo. Not even if the antioxidative quality of a substance has been proven in studies. That this can be absorbed by the skin depends on the formulation of the product. In addition, antioxidants themselves are rather fragile. As soon as they are exposed to light, air and temperature fluctuations, they quickly become inactive and therefore useless for the skin.

The effectiveness of vitamin C (also listed as L-ascorbic acid or vitamin C ester) as an antioxidant is best scientifically proven. It helps the skin to produce more proteins and at the same time slow down their breakdown. Studies are available according to which the surface structure improves after three months. However, the success depends on the concentration of the vitamin in the cream. And since the effect often disappears within a few hours when exposed to light and air, protection against oxidative stress is not always provided. A skin-rejuvenating effect has also been proven with vitamin A (retinol). Tretinoin, also from the group of retinoids, which includes different variants of vitamin A, is said to be 20 times stronger. Like retinol, it can initially cause irritation in sensitive skin. Therefore slowly increase the concentration (available from 0.02 to 0.1 percent). Apply only at night and use sunscreen during the day because tretinoin makes the skin more sensitive to light. Retinol can now be found in many care products, while tretinoin is available in pharmacies and often requires a prescription.
Vitamin E is also one of the well-researched antioxidants; it moisturizes the skin and speeds up the healing process. Ferulic works against sun damage and is most effective in combination with vitamins C and E. Coenzyme Q10 is one of the few antioxidant substances that the body produces itself. However, production decreases with age. Substitution can therefore be useful to improve the elasticity and texture of the skin. Niacinamide (vitamin B3) optimizes the tone and helps against pigment spots. Among the phytoextracts, green and white tea, coffee, calendula and rosemary are the most potent. Resveratrol in a combination of grapes, berries, red wine and tea forms an effective UV protection and has an anti-inflammatory effect. A relative newcomer to skin care is curcumin, a polyphenol found in turmeric (turmeric). It is said to have anti-inflammatory and skin-lightening qualities.