Isla Holbox – A Paradise on the Mayan Riviera in Mexico

Written by Corinna von Bassewitz on 29. January 2022. Posted in Culture. 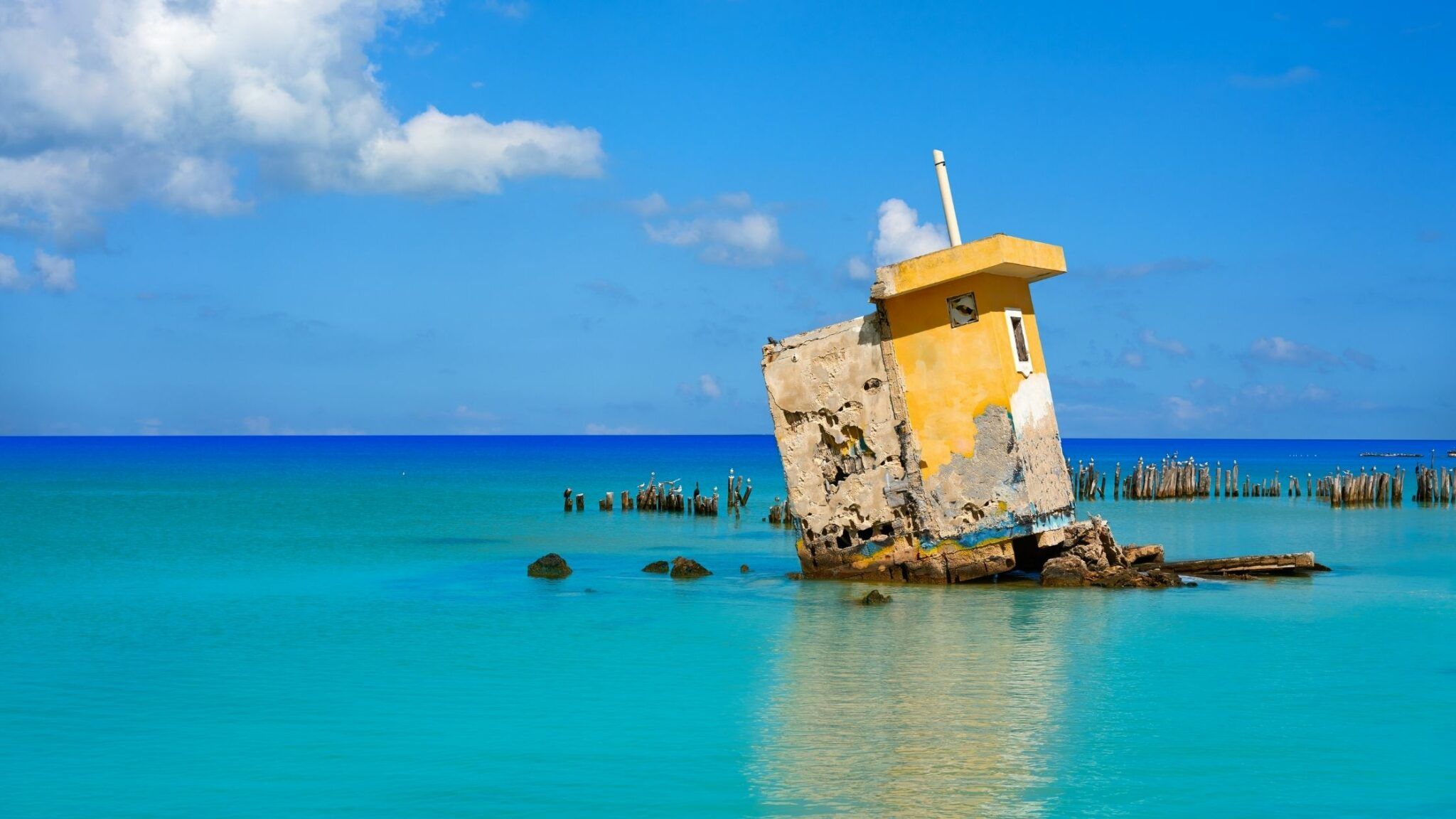 An island is a cosmos in itself: it is surrounded by water, and the only way to escape it is to board a boat and sail back to the mainland. But why should you do that? Especially when the island is called Holbox, lies off the Maya Riviera on Mexico’s Yucatán Peninsula and has such a strangely unconventional appearance that at first, you’re not sure: Am I in the right place here, or not?

After a 20-hour journey via Zurich (seven-hour layover), I landed at Cancún International Airport on Mexico’s Yucatán Peninsula at 10pm. I had booked a room for the night at the Hotel Oh!Cancun The Urban Oasis in the centre of town. 20 minutes by taxi, tiredness set in. As a welcome, my luggage and I were sprayed with disinfectant spray, the room was friendly and clean.

The Urban Oasis is a mile from the Centro bus station, from which I had booked a shuttle bus to Chiquila for the next day. Ferries leave every half hour from the small port town and take you to the island of Holbox in 30 minutes. In my jet-lagged state, I had forgotten that there was a delicious breakfast at the hotel. The taxi to the bus stop cost five US dollars, the ticket to Chiquila 13. Thank God I had stocked up on dollars, the bank where I wanted to buy Mexican pesos in Munich didn’t have them in stock. ATMs, the bank clerk warned, are rare.

The minibus jolted through dense vegetation for two and a half hours. Every now and then a village appeared, fruit stands at the roadside, huts and traditional cottages in turquoise and pink. Countless people offered guava lemonade. To discourage drivers from speeding, steep speed bumps rise every 20 metres in the local areas, which can be managed at a maximum speed of 5 km/h. The outside temperature climbed to 30 degrees Celsius. In the minibus, the air conditioning rattled and blew ice-cold air into the passenger compartment.

The harbour town of Chiquila is essentially a handful of ugly concrete shacks, car parks and kiosks where you can buy ferry tickets. 13 dollars, one way. The Isla Holbox appears in the distance. 42 kilometres long, two kilometres wide, about 1500 inhabitants and guests from all over the world. A good three dozen occupied the ferry today. Spanish, French, English and Dutch snippets, anticipation of what was to come.

And that was mud. Yellow mud criss-crossed with ankle-deep puddles which reflected a few diesel-powered golf carts with high tires. There are no paved roads, the paths are made of sand and turn into puddle-strewn tracks during the rainy season. You don’t see normal cars on Holbox, only these golf carts, motorbikes, and three-wheeled trucks. The man with the golf cart wanted 40 US dollars for a one-way trip to the hotel on the beach, which I had booked for 14 days. I waved him off, I was in the mood for some exercise, and booted off with my wheeled suitcase. Two kilometres should be manageable.

I gave up at the next street corner. The wheels were stuck in the mud, my Birkenstock sandals were soaked, sweat was pouring down my face and I waved for a car. Ten minutes of swaying through potholes, past delightful brightly painted little houses, shops and restaurants, the sea emerges. The water shimmered turquoise, the sand was white. Palm trees and blossom trees, fuchsia-colored bougainvillea cascades added up to a postcard idyll. I had booked myself into La Diosa Kali Beach Front Hotel, 14 rooms, a simple house, ten steps from the beach. The room was monastic-simple: bed, sink, shower. But who wants to lie in the room when the beach, sea and tequila were waiting outside? I explored the little town, the beach, and the possibilities of things to do.

10 things to try on Holbox

I’ve intentionally jumbled the recommendations in no particular order. Strict rules and times apply in everyday life, but not in paradise.