Written by Stefanie Wirnshofer on 21. May 2022. Posted in Cream. 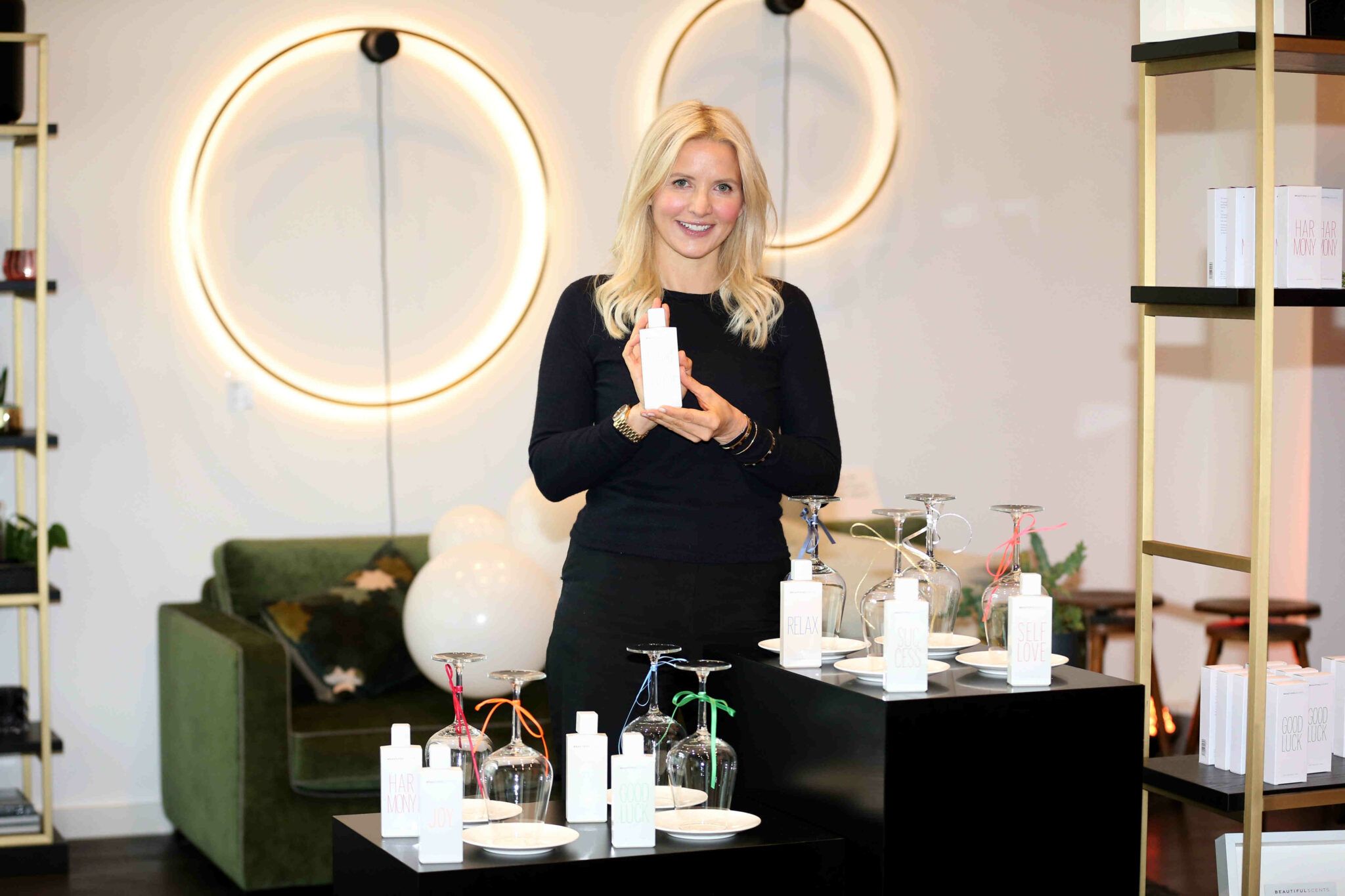 Stefanie Wirnshofer has realized a heart project after 15 years in PR: Fragrances made from essential oils and gemstones that can positively influence moods. Here she tells the exciting genesis of her Beautifulscents.

Mood Scents – I first heard about mood scents in 2013, from an alternative practitioner who had developed such scents. She told me about the fantastic results she had achieved with them in her practice. With a mixture of enthusiasm and skepticism, I bought all the ones that were on the market by then. What I didn’t know at that moment was that Mood fragrances would become my constant companions. No meeting, no customer appointment, no press conference took place without the matching elixir.

Moods determine success or defeat, harmony or strife. The scents had such a positive effect on me and my plans that it almost seemed like a miracle. So I gave them away to my friends. Some of them had the same experience as I did. For some, however, they also produced initial aggravations. This slowed me down a little in my enthusiasm at first.

The subject of Mood Scents never left me. No matter how much other professional projects occupied me, there was always the desire in the back of my mind to one day create my own such fragrances. Scents that help create positive moods with one spray. However, I had no idea how to go about it.

But wishes that won’t let you go don’t just come out of nowhere. They go their own way towards fulfillment, unimpressed. So one day I met the “king of essential oils”. He is a German professor, 82 years young, and he has a limitless knowledge. For example, also about this: When too many oils are mixed, it can trigger negative feelings in some people at first, which only turn into positive after some time. I learned from him that the effect can be avoided if only a maximum of three different fragrances come together.

As I said, wishes are not swayed. At the same time, an acquaintance told me that she happened to meet an old woman in Denmark whose son had injured himself. Another elderly lady heard the cries, immediately came to help and doctored him with tinctures and herbs. The healing was phenomenal. My acquaintance also told me that this healer with the radiant positive aura worked with essential oils and gemstones. So I flew to Denmark.

Help from a Danish healer

The herbalist was a citizen of the world who was probably much older than she looked. She had acquired her knowledge on all continents of the planet. She spontaneously agreed to create mood-lifting scents together with me. For a week, we tirelessly mixed and tested the most diverse compositions. Until I knew: Now my dream had become reality. Even the “king of essential oils” was thrilled by our unprecedented creations and their effects when I presented them to him.

In the weeks and months that followed, I met with chemists, energeticists, neuropsychologists. At the same time, I set out to find the best natural oils, healing and precious stones from fair trade mines, whose production conditions are transparent. I had samples of my fragrances made, which I distributed among friends and acquaintances to test the effects. When the testers became customers, I knew that we had really managed to create a positive mood with fragrances.

By the way, one of my consultants on the project, Sabine Carlen, she is a project manager at Wadi essential oils, recently wrote me the following mail: Dear Mrs. Wirnshofer, I am very happy that you are doing such a great job. People will be very THANKFUL to you. They need strength, self-love and courage to take their lives in their hands.