Rosacea: When the cheeks unintentionally redden… 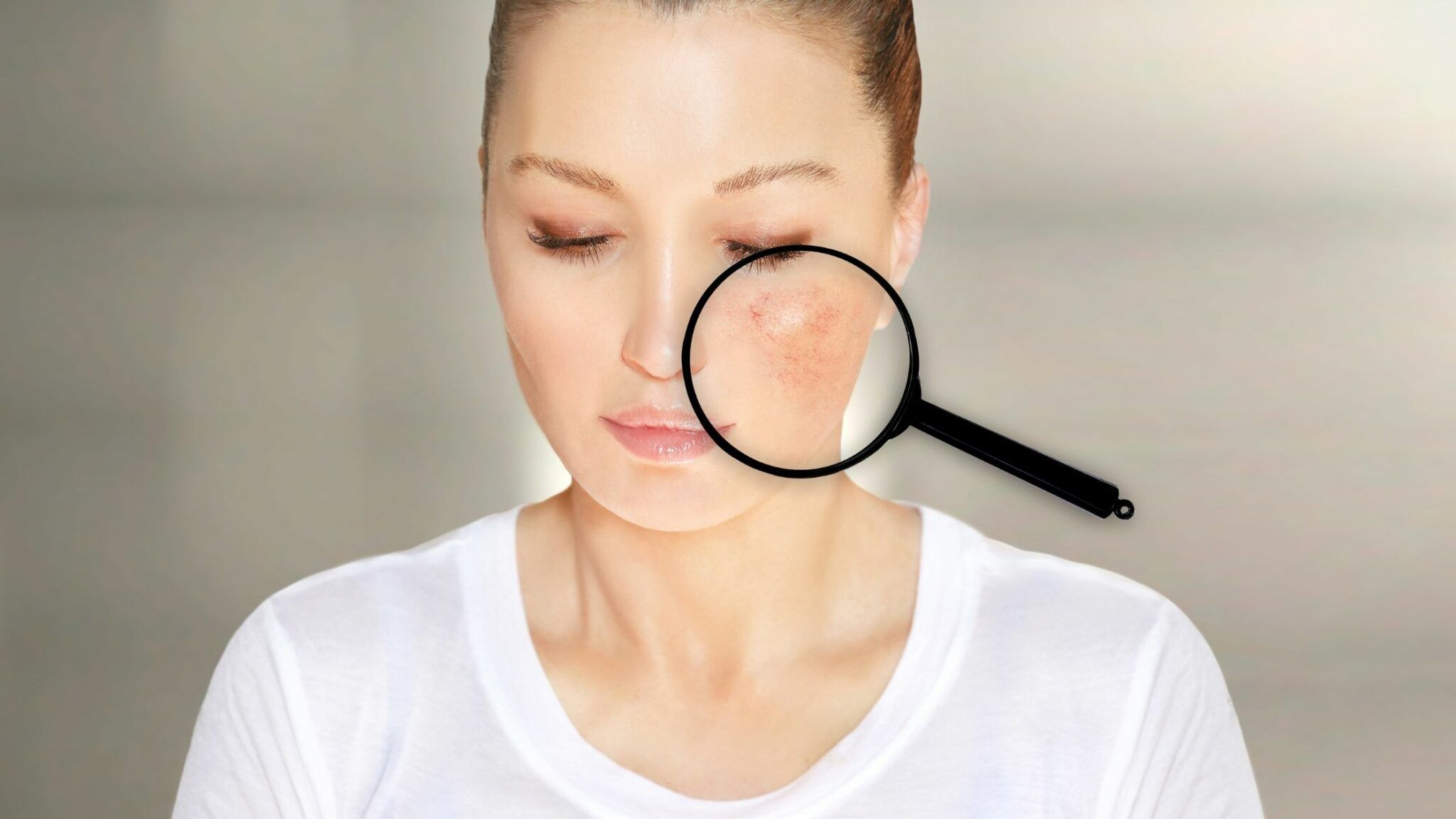 With blush we make up rosy cheeks or use it for contouring. But if the cheeks already look red when no makeup is on, this is rather undesirable. Then the redness of the skin is a freak of nature that cannot be wiped away as easily as makeup. Doctors call it rosacea.

If you search for #rosazea on Instagram, 7.3 thousand entries pop up, and under the other spelling #rosacea, there are even 596 thousand. However, that is only a fraction of sufferers, and the bravest at that. Because many women would never flaunt their rosacea in public. They heavily use a covering foundation or BB cream, just so that the rosacea is not visible. You could call it a widespread disease if you look at the official figures: In Germany, about 10 million people suffer from it, worldwide there are about 415 million.

The chronic skin disease is almost exclusively limited to the face with emphasis on the nose, cheeks and chin. Typical of rosacea are sudden skin reddenings, so-called flushes, which can also be persistent. In addition, poplars (inflamed nodules) and pustules (pus-filled pimples) may appear. Later, skin thickening may also develop, leading to a bulbous nose, as well as inflamed eyes (ocular rosacea). A developed rosacea could almost be mistaken for acne.

“The big difference to acne, however, is that rosacea does not cause blackheads,” explains Munich dermatologist Dr. Timm Golueke. “A very slight rosacea can sometimes already start with couperosis or the mere tendency to turn red. One speaks then of rosacea grade 1, if later papules and pustules are added, it has reached grade 2.“

What differ couperosis from rosacea?

Experts are still debating whether couperosis and rosacea are two different skin diseases or whether they have the same causes. However, the majority of researchers refer to couperosis as a precursor or early stage of rosacea and not as a disease in its own right. No matter how you judge it, the symptoms are the same at the beginning: dilated veins on the face, a visible redness of the cheeks. They are most common in lighter skin types with blond or reddish hair (Celtic skin type). More women than men are affected, and then often from the age of 30.

But what are the causes? A hereditary predisposition is suspected, combined with a weakness of the connective tissue. Therefore, it is hardly possible to prevent couperose, unless you want to limit your lifestyle as a preventive measure. Triggers are high blood pressure, too much sun and excessive smoking. Other triggers are spicy foods and alcohol, i.e. anything that stimulates blood flow. Excess weight is also one of the stressful factors that force couperosis.

Initially, the redness is only visible for a short time, but it disappears after a while. Namely, when the dilated veins have contracted again. At some point in the further course, the small vessels lose their ability to contract and thus their elasticity. This means that they remain dilated and then visibly shimmer reddish or even bluish through the cheeks or on the nose.

Doctors refer to this as telangiectasia. If these mini-vessels become permeable, there is bleeding in the skin and further permanent redness. In addition, the skin is often perceived as particularly sensitive or dry. Nevertheless, the veins remain more of a cosmetic problem as long as they have not developed into more severe rosacea with the symptoms described at the beginning.

Dr. Timm Golueke: “What promotes rosacea is above all sun. So always apply a light sunscreen outside. Avoid very spicy food as well as coffee and tea because of caffeine or teein. Avoid everything that promotes blood circulation. Therefore, also avoid ingredients such as fruit acid, retinol, vitamin C in your skin care. Peelings are also not good. So no home peelings, no microdermabrasion at the beautician. When it comes to skin care, the general rule here is: less is more.”

Stress and pressure, overly strenuous sports and an increased presence of the hair follicle mite Demodex folliculorum on the skin can also aggravate rosacea. Therefore, it is important for sufferers to determine their personal disease triggers in order to then find a suitable therapy. It is best to note down everything from everyday life that could fuel rosacea.

Several treatment methods are available to the doctors. To reduce redness, a laser-like device is used, as in the case of couperose. But unlike laser beams, IPL technology uses a targeted pulse of light (Intense Pulsed Light) that heats the treated veins. They stick together and die without damaging the surrounding skin. Various products are suitable for topical application: To reduce inflammation, creams containing antibiotics such as metronidazole or and erythromycin help. Ivermectin is an agent that reduces mites. If local therapy does not help, oral antibiotics can still be taken.