Written by Margit Rüdiger on 2. September 2018. Posted in Culture. 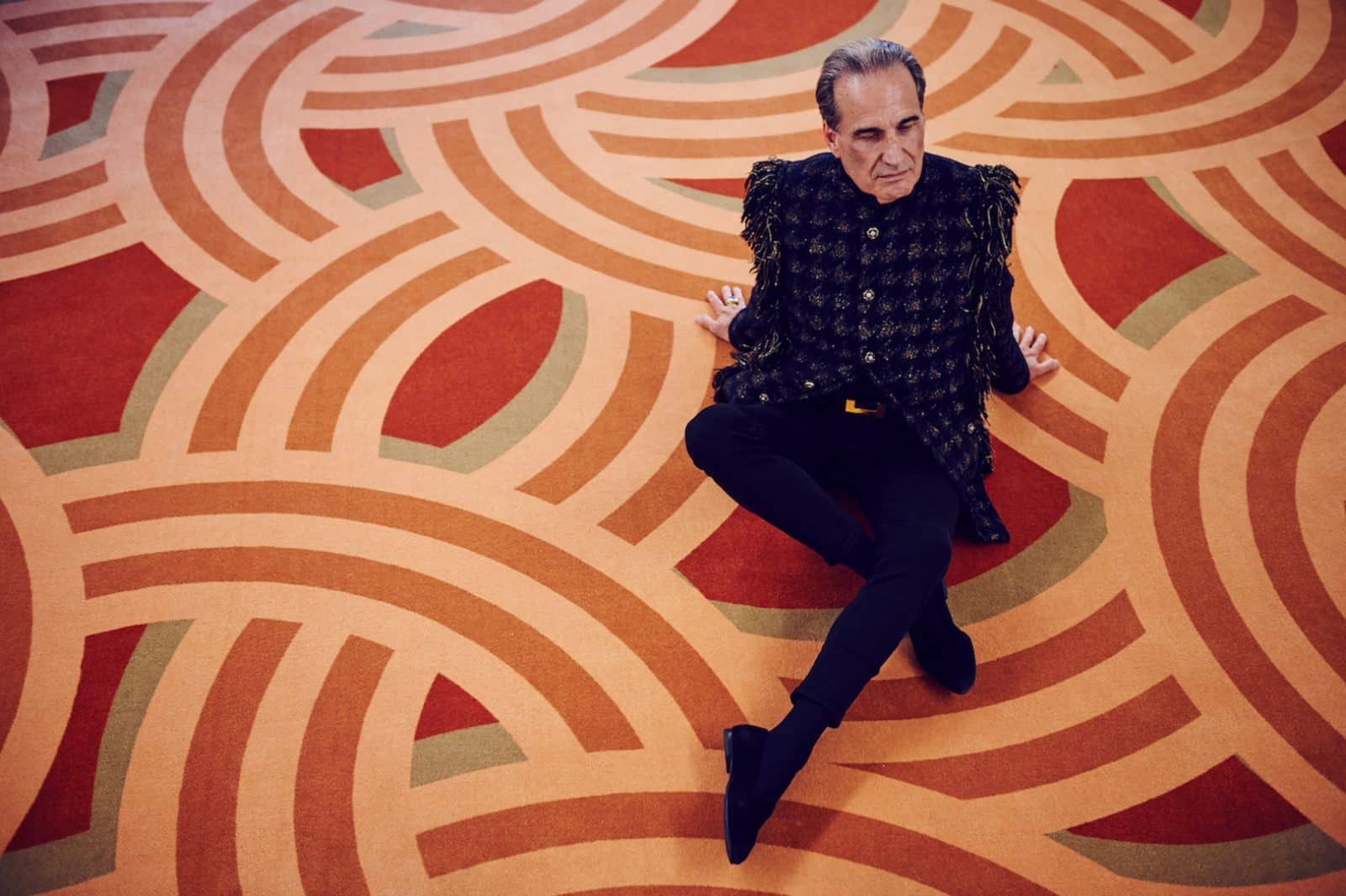 A visit to the design king of Ascona

Bird of paradise, genius, cosmopolitan, free spirit and optimist. All of these perfectly describe Carlo Rampazzi. I meet the Ticino architect and designer in his palazzo in a sleepy side street close to Ascona’s lake promenade. The building with the giant black ant on the front and a coral as light source in the entrance niche houses the apartment, studio and the colourful topsy-turvy shop “Selvaggio” which, quite fittingly, translates as “wild”. In addition, there is an enchanting two-level inner garden, which my host proudly shows me later.

Carlo Rampazzi sits in his office behind a desk on which there is an array of colourful items but no computer or other things technical. His dress style, always unconventional, blends perfectly into the picture: a flowing beige-red striped trouser-tunic combination from a Jean-Paul Gaultier collection of 30 years ago. He considers each question carefully and, after making several starts, answers astutely and with great wit. He laughs a lot, even about himself. Rampazzi is a man who fascinates one from the start. A person you take an immediate liking to. It’s no wonder that he can ultimately make the most conservative and sceptical hotel managers enthusiastic about his wildly opulent “maximalism”. When he was suffering from back pain, he even managed to have a doctor from Zurich make a rare house-call to treat him. Mischievously he says: “If the toilet is broken, I’m not going to take it to the plumber – he’ll come to me.” The pleasure he takes from this little achievement is child-like and without a hint of arrogance.

The “wild” way it all started

Carlo Rampazzi decorates hotels, private houses and locations such as the City Bistrot di Bellinzona or, more recently, the Pop-up Suite high above the medieval city of Castelgrande . He designs furniture, which he exhibits in his showrooms in Ascona and Paris. And all this for the past 45 years – that’s how long his company has been in existence. Rampazzi: “I was forbidden to use our family name as a trademark so that’s why I called it Selvaggio.” And this is how it came about: The 24-year-old Carlo had no interest in entering the family’s construction business, nor did he want to become a banker or insurance broker, careers his father imagined for him. He wanted to do something on his own, something creative. “I saw the Milan Furniture Fair advertised in the ‘Corriere della Sera’ and told my parents that’s where I had to go.” says Carlo. “With the 20 business cards I had printed with own my money, I took off for Milan. I was fascinated by the furniture I saw there. The really big-name exhibitors expected one to buy a lot but somehow, I persuaded them to let me order just a few items – two sofas, two tables, two mirrors and so on. I had the bill sent to my father and of course he was furious. But that’s how it’s always been – when know I’m in the right, I just let them shout!” His father paid the bill as his son’s only starting capital. The condition: Carlo was to leave the family name out of it.

A sofa opened the door to success

Three months later, the furniture arrived. In the meantime, Carlo had rented a small office in the centre of Ascona. “I owned a little typewriter, had a diploma in commerce, could speak German (his mother tongue is Italian) and had bought the most expensive furniture. Unfortunately, I had absolutely no idea how to sell it.” he recalls. “Then one day, a woman came into the shop and we started to talk. During the conversation, she stressed how important it was for me to be very self-confident when quoting prices to customers. I spent the whole of the next day practicing that in front of the mirror.”
As time went on and no interior decorating commissions arrived, Carlo began to design furniture. “I created a sofa – beige rattan with multi-coloured fabric. I was completely in love with it and wanted to publicise it in style, just like the really famous architects,” says Carlo. He had in mind an advertisement in the Italian Casa Vogue but the colour layout was beyond his means. Once again his charm and persuasiveness came to his aid and “I got two pages for an excellent price”. He took the photographs himself, showing the sofa out of focus on one page and in its full glory on the other. A month later, a call came from a woman named Andrea. Carlo: “My secretary gave me the message and three days later I returned the call. Andrea was the wife of Italian director Giorgio Strehler and I ended up decorating for him. He just loved this sofa.” For Rampazzi it was his ticket into the world of the rich and famous.

The jacket to match the sofa

In the meantime, his reference list reads like a Who’s Who of big names. In 1994 he furnished the lobby of the Burj al Arab (ArabicTower) in Dubai, for a long time the tallest, most expensive luxury hotel in the world and a must for every visitor to that part of the world. “After that, people would call me and say, ‘Carlo, now I know where your inspiration comes from’. But it was all my furniture!” he says with a smile. Meanwhile, he adorns hotels, apartments, houses, chalets, yachts and jets all over the world with his unique pieces. When a customer told him he was so enamoured with the new interior that, to the annoyance of his wife, he no longer wanted to travel, Carlo came up with the idea of tailoring a jacket to match his favourite chair: “That way he could leave his apartment practically wearing one of the pieces”. He also once had shoes made for a woman to match a Rampazzi original. He has no interest in fashion or trends; his designs are created for eternity. “It’s wrong to throw everything away,” he says. Accordingly, his house in Ascona is filled to the brim with the most wonderful things.

“My feelings are in color”

In his profession, the designer is bursting with ideas. In everyday life, however, he describes himself as completely impractical. “All things practical bore me,” he says. He can neither use a computer nor write a text message: “I have a secretary for that.” Except on long-distance journeys, his chauffeur always drives. Once, when shopping at the supermarket, he just stood at the checkout not knowing what to do until someone put the groceries onto the conveyer belt for him. His world is so full of colour that there is no room for the mundane. “My feelings are in colour,” he says. He sometimes suggests a colour to people that shocks them at first. But it usually ends up becoming their favourite colour and one they will still love even 40 years later. When I asked him what colour he would suggest for me, he immediately said: “Emerald green”. I’m not shocked at all. I love the colour of this deep mysterious gemstone and Carlo is right!