What Exactly Are Peptides? 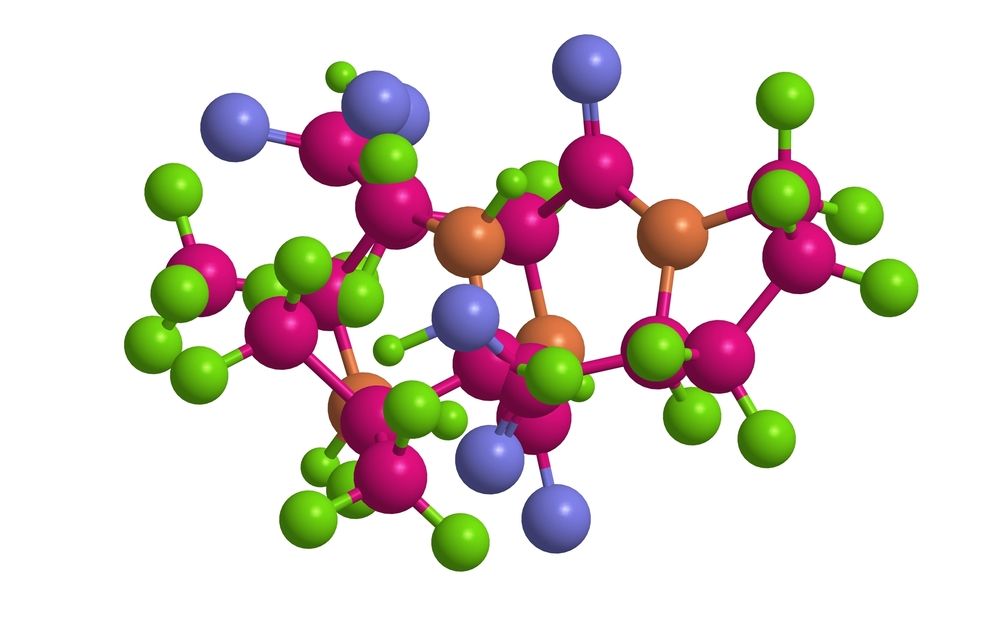 The term peptides is used time and again in skin care products. If you believe the advertising, true power molecules are hidden behind it, which smooth wrinkles, tighten and refresh the skin. And they also make the muscles grow.

“First and foremost, peptides help to form the collagen and elastin fibers that are everywhere in our skin. It’s short chains of amino acids that tell the body to produce more collagen.” This is how Ron Robinson, my favorite cosmetic chemist in New York, who has an answer to every beauty question, explains the phenomenon of peptides. Roger that. Peptides are something like little messengers that deliver messages. Roger that. In this case, they signal the cells to start the skin’s natural regeneration process.
But why are there so many different peptides? Robinson has an explanation for that too. „Since peptides are composed of up to 50 amino acids, they are incredibly changeable. All you have to do is add, remove or replace an amino acid and you have already created a new peptide that again fulfills new functions.“ This can be smoothing or strengthening, it can have an anti-inflammatory effect or keep the moisture in the skin for longer.

To go a little deeper: Proteins such as collagen consist of chains of peptides, which in turn consist of amino acids. There are hundreds of peptides, and each peptide is made from a combination of amino acids. If peptides are combined in a certain way, they form proteins. Proteins in turn are composed of one or more polypeptide chains. The length of these chains can vary from approx. 40 to over 4,000 amino acids. To speak of the one peptide would be wrong. Peptides are rather a whole group with a wide variety of tasks and functions. Of the many peptides, tetrapeptides (they have four amino acids) and hexapeptides with six amino acids are often used in skin care. Due to their special chemical structure, both perform a wide variety of tasks: Hexapeptides can reduce stubborn expression lines, while tetrapeptides promote elasticity and firmness of the skin. Molecules which have at least ten amino acids are generally classified as polypeptides. Shorter polypeptides are called oligopeptides. The individual amino acids are linked by so-called peptide bonds. Incidentally, this was researched in 1902 by the German chemist and later Nobel laureate Emil Fischer.

Peptides instead of botox

Agireline (INCI name: Acetyl-Hexapeptide 3), which is said to have a botox-like effect, is one of the best known oligo- or hexapeptides. Applied to the skin, they are supposed to inhibit the contraction of the facial muscles. Not as extreme and sustainable as botox. However, scientists have found that agireline can reduce wrinkle depth by up to 30 percent. Peptides with the complicated name Dipeptide Diaminobutyroyl Benzylamide Diacetate are also considered wrinkle killers. But they can do even more because they also make the skin smoother and softer. Glutathione, a tripeptide, is often used in skin care as an effective radical scavenger. Aquaporins, which are increasingly listed on the package inserts of cosmetics, also consist of peptide bonds. They are proteins that form channels in the cell membrane to make it easier for water and some other molecules to pass through, and to moisturize the deeper layers of the skin. They are therefore also called water channels.

Peptides are found in the cells of animals, plants and humans. In plants, for example, they play a role as messenger substances and keep the signal exchange going. In humans, proteins are found in the skin, among other things. They are the second most important component – after the 70 percent water content. Mainly biotechnologically produced peptides are used for skin care products. But there are also nature-identical, i.e. reproduced in the laboratory, and natural variants such as rice, thymus or colostrum peptides. The peptides contained in the thymus gland even have the power to stimulate hair growth. They support the formation of new hair cells and prolong the growth phase of the hair. However, the bald spots must not be older than three years if these peptides are intended to revive hair growth. The effectiveness has already been proven in several clinical studies.

It depends on the mix

Peptides are indeed special agents, but they don’t have miraculous powers, as some companies claim. And a single peptide does not cause great skin, only the combination with other active ingredients makes it strong. Perfect partners for peptides are substances such as vitamins A, C, E, pro-vitamin B5, antioxidants, hyaluronic acid, etc. The only problem is that the mix of active ingredients has to penetrate very deep into the skin in order to achieve an effective effect. On the other hand, the skin’s natural self-protection mechanism defends itself, which wants to protect it from intruders, even if they only want to do good to the skin. Only those who are technologically coupled to a carrier (carrier system) can escape the skin’s own defense mechanisms and actually get into the specific layers. If the manufacturer saves this carrier, the peptides cannot achieve the promised effect at all. The same applies to low dosages for cost reasons, since peptides are one of the most expensive cosmetic raw materials. Unfortunately, the anti-aging effect has not (yet) been scientifically proven because long-term studies and research are lacking. Nevertheless, it has been proven that high-quality peptide-containing products make the skin look younger and fresher. Prof. Martina Kerscher from the Cosmetics Science course at the University of Hamburg even claims: “Studies show that peptides are as effective as retinol and that people with very sensitive skin can tolerate them significantly better.“ But as with any cosmetic product, regular and continuous use is also important here, otherwise the original condition will soon be restored.

Stuff for the muscles

Peptides are also becoming increasingly popular among bodybuilders. Peptides release growth hormones, which in combination with targeted training can make the muscles more defined and bigger. But compared to other anabolic steroids, they have the advantage that the muscle building effect develops over a longer period of time and lasts longer. And yet, like other anabolic steroids, taking peptides can have strong side effects. For example, headaches, vomiting and circulatory problems can occur. This is because the peptides artificially added to the body act very potent. These messenger substances normally only circulate very small doses in the human organism. For this reason, the supply of substances for muscle building should generally be viewed very critically. In most cases they strain the metabolism, the heart and kidneys can be damaged.