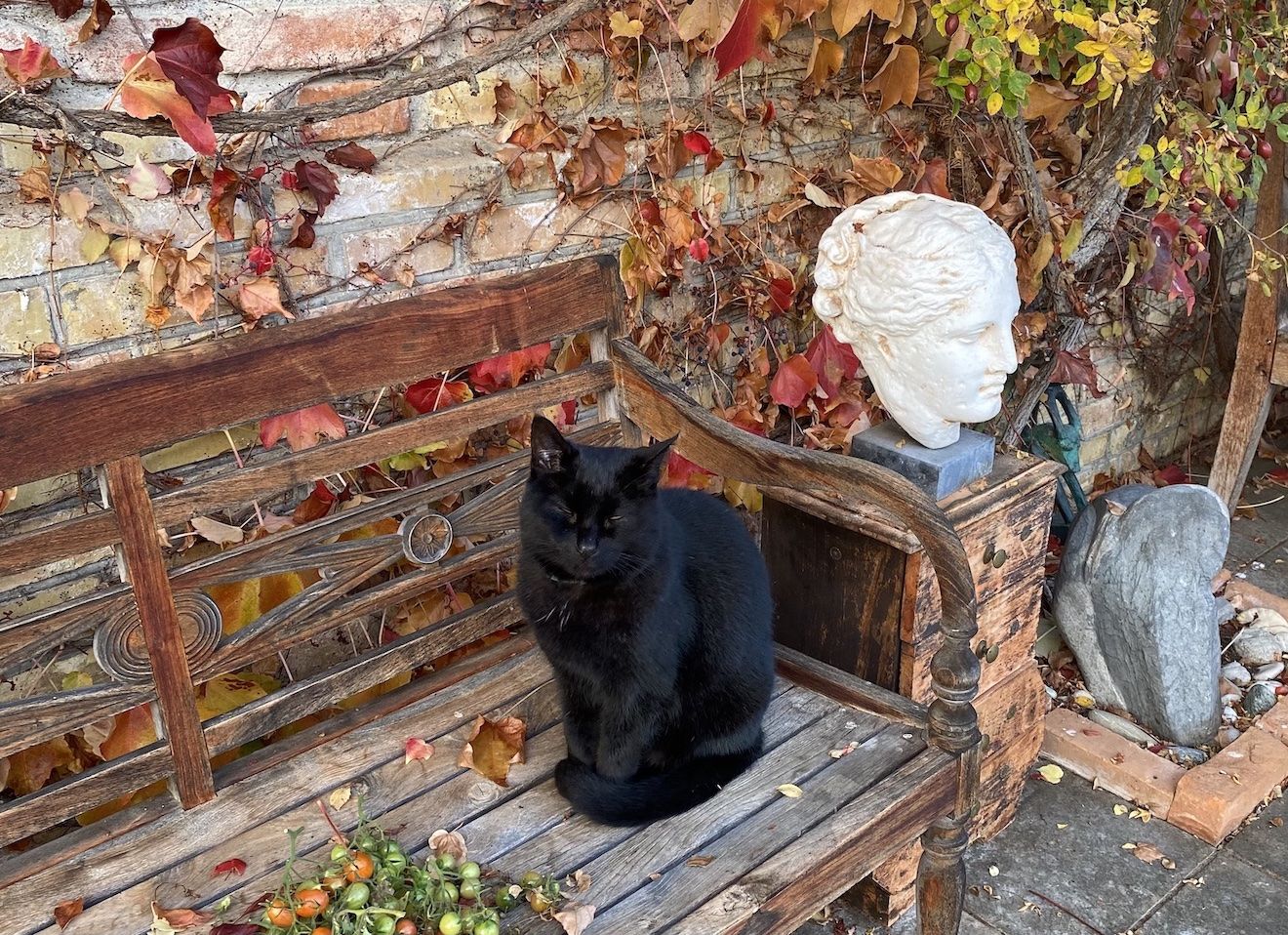 He is coal-black except for the five white hairs on the chest and extremely stubborn. You could never actually describe Franz as a cuddly kitten. He likes to stick out his claws when something doesn’t suit him. How old is he? No idea. Sometime a few years ago he suddenly appeared in our yard. We live in an old farmhouse and are a small, familiar community. Many say an idyll – with dogs, all kinds of poultry and forest animals

When Franz showed up with us, we also knew where we actually belonged. Namely down to the village on a farm. There he also has a twin brother who is exactly like him. Our farm owner brought him back there three times. He kept coming back. The third time it was too colorful for the farmer and he grumbled: “You can keep that one, he doesn’t get along with his brother.” You can see how clever Franz the cat is. You can choose not only friends, but also family.

Cat is looking for a new family

We are his family now – all of us who live here on the farm. He’s still an outdoor cat – as I always say – that is used to living outdoors, hunts mice and sometimes dormice who make noise in the attic. Franz attacks birds less often, which I resent him very much. But he’s a little predator. If I scold him for it, he just turns around and walks away with his tail held high. He is never offended for long. He often puts a mouse in front of the door of one of us as a thank you. Then he wants to be praised for it. The fact that the neighbour from the first floor screeches angrily when she finds such a gift on the doormat doesn’t stop him from continuing to give us „presents“.

I have to admit. Franz lives with us like “God in France”. The saying “Dogs think they are Human, Cats think they are God” must have been invented especially for him. He chooses the best from his feeding stations at the various farm residents. It is as if we humans have four restaurants right on our doorstep where we can feast as we please every day. Punctually at 6 p.m. he always stands in front of the door and meows until I open it. Then there is canned food with a daily changed menu, because the head of the farm served it with dry food in the morning and at noon.
In between he passes by for a bowl of milk. But only the lactose-free ones that I drink in my coffee. He likes it better because it’s slightly sweet. Since we have new chickens, which also perch in trees and are very agile, he has to be quicker than they. Otherwise they drink his milk away. Oops! Incidentally, I saw that for the first time with chickens. The tomcat looks for his sleeping place outdoors in summer. On cold or rainy days, he sleeps in the barn, where a cat bed is ready for him. But Franz is and will remain an outdoor cat. He only visits apartments and then wants to inspect everything, but at night he loves life in the open air.

Franz the cat is pretty smart. He knows exactly when I’m home alone. Then things work a little differently for him than when my husband is there. Because unfortunately I have a cat allergy. If I touch it, I have to wash my hands immediately. He respects that. Then he just picks up his food and disappears outside again. A short stroke of mine and immediately back in the apartment to wash the hands. It is different with my husband, who had cats as roommates before.

After initial hesitation, Franz has gained so much trust in Thomas that he sits down on his lap – as the only one in the yard – and gets his cuddles. The cat purrs and drools completely uninhibited. He always understands an invitation to the crawl session when Thomas has sat down on a chair or on the terrace steps. He also lets him do everything, like putting on the tick collar, touching his paws. The head of the farm buys the protective collar every year and has always given it to us since Franz bit her. If necessary, she takes him to the vet in a cat basket. With a safe distance.

Where is the cat?

Franz chooses exactly who he can be touched by. Maybe he had bad experiences in the past. Because, what has also remained with him to this day, he flinches when he hears unfamiliar or too loud noises and first takes flight. But with us he has nothing to fear. We all love Franz the Cat and hope that he will stay with us for a long time. He just has character and is a little personality. If we have been away for a few days, he then lets us feel his annoyance at the neglect and demonstratively turns his back to us for at least one day.

Only recently, when I was about to leave the house with my suitcase packed, Franz brought me to the edge of despair. I was standing in the open front door when the phone rang. Out of the corner of my eye I saw the cat disappear into the apartment. Telephone call ended. Where is the beast? I call, I search everything. Franz! Franz! Vain. I can’t lock him up in the apartment for four days. I did a new tour of all rooms. On closer inspection I finally find him curled up peacefully on my black fur sofa with his eyes closed. Barely visible. Its black, shiny fur has literally merged with the ground. Now let’s get out of here, Franz!