Christmas: Not Always Peace and Joy

Written by Margit Rüdiger on 18. December 2021. Posted in Culture, living. 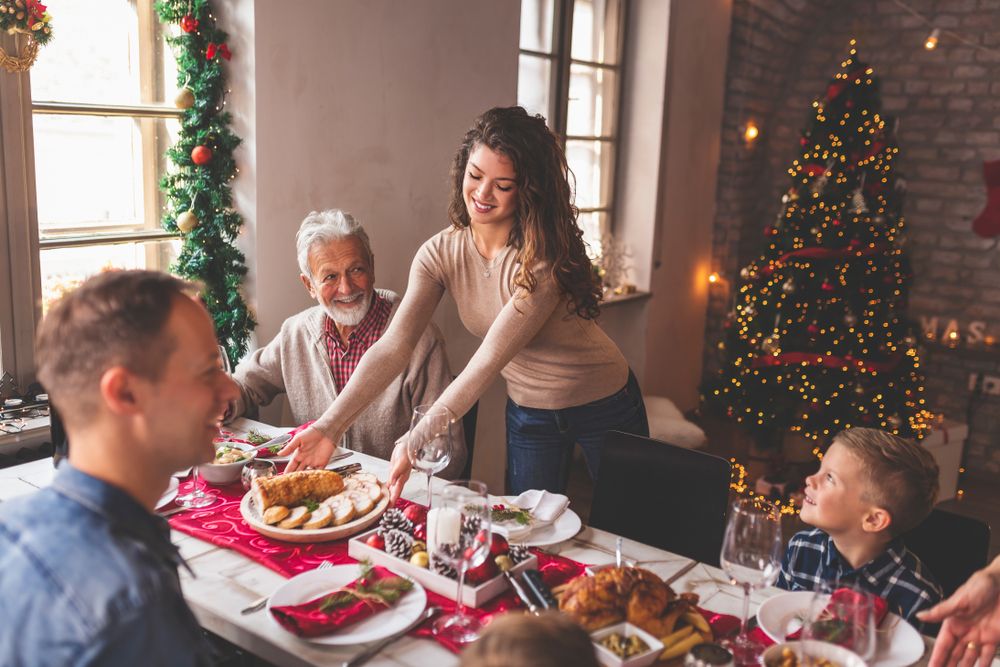 Christmas is considered to be the celebration of love. But in some families, the holidays are anything but harmonious. Why this happens and how you can still save the holiday.

The story of the birth of Jesus in the stable in Bethlehem is one of the best known lines in the Bible. Christmas should remind us of this event. Contemplation, peace, harmony is the credo. But reality often looks different, because expectations are generally far too high. This then degenerates into stress. The tree has to be decorated, gifts bought, decorations and menus planned. And then there’s the question of who to invite. Does the mother-in-law have to be on the list, even though you know in advance that she will surely cause trouble again? But it is Christmas, after all, and we have the best intentions to make it peaceful.

In the Christmas rush

“Women tend to be more stressed than men,” confirms Prof. Mazda Adli, chief physician at the Fliedner Clinic in Berlin and stress researcher at Charité. “They are usually the duty-fillers during the Christmas season. Even in our emancipated world, cookies are baked more by women than by men. Gifts are more often wrapped by women because everyone thinks they can do it better. But for both, they’re faced with expectations they’re not used to meeting.”

The reason why so many people take part in the stressful game around Christmas, even though they feel uncomfortable, is to be found in a kind of peer pressure. The fact that the whole family comes together at Christmas is a ritual that has been practiced for a long time. The group should be characterized by consensus, where conflict has no place. TV, cinema and advertising also present us with this image of – supposed – harmony. This is what people want to achieve for themselves and their families.

But the idea of the reflective season can be a huge stressor. It’s not just that you spend more time at home and with your family. Stress also comes from having to visit relatives. You don’t really want to, but you see it as your duty, because you want to fulfill the expectation that everyone will be especially nice to each other at Christmas.

Suffering instead of experiencing

“It’s a pity that we often focus only on getting things done these days and not on experiencing them. We ‘suffer’ Christmas rather than perceive and enjoy it as a reflective time,” says Dr. Markos Maragkos, a psychotherapist at LMU Munich.

The Christmas season also holds a high potential for conflict, because people often meet there who still have a bone to pick with the other person. Something that has been left unresolved, even though there would have been time for a discussion throughout the year. The unresolved issue is then taken under the Christmas tree into a situation that demands closeness from us, but instead there is conflict.

But how can you avoid such trouble? To do this, you first have to be clear about your own needs. How would I like it at Christmas? What effort do I want to make in terms of gifts, food, etc.? And then you should talk to the people you are going to spend the holidays with and plan the celebration together. How do you want it to go? Should the circle of people perhaps be kept a little smaller than last year? If this lack of communication is missing, it is much easier for expectations and reality to drift far apart.

If it has already come to an argument under the Christmas tree, it only helps to give a clear stop signal and make it clear to the group that the conflict cannot be resolved at this point and that another possibility must be sought to sort it out. A good way to stop the conflict is to go for a walk, either with the whole group or in small groups. If the situation has already escalated to the point where there is no other way, you have to pull out early so as not to spoil the fun for the rest of the group.

Children have stress too

It should not be forgotten that family stress at Christmas is also transmitted to the children because the parents behave differently than usual. This makes children insecure, who then become overexcited, while others react rather anxiously. What helps against this is singing Christmas carols together or reading Christmas stories. A walk in the fresh air also relaxes children. On the other hand, it does not work to try to force harmony. It cannot be commanded. It is much easier to create a good mood through humor and conviviality, making others laugh and postponing all problem solving until after Christmas.