Polyphenols, The Secret Power Of Olives

Written by Margit Rüdiger on 7. January 2023. Posted in Health & Beauty. 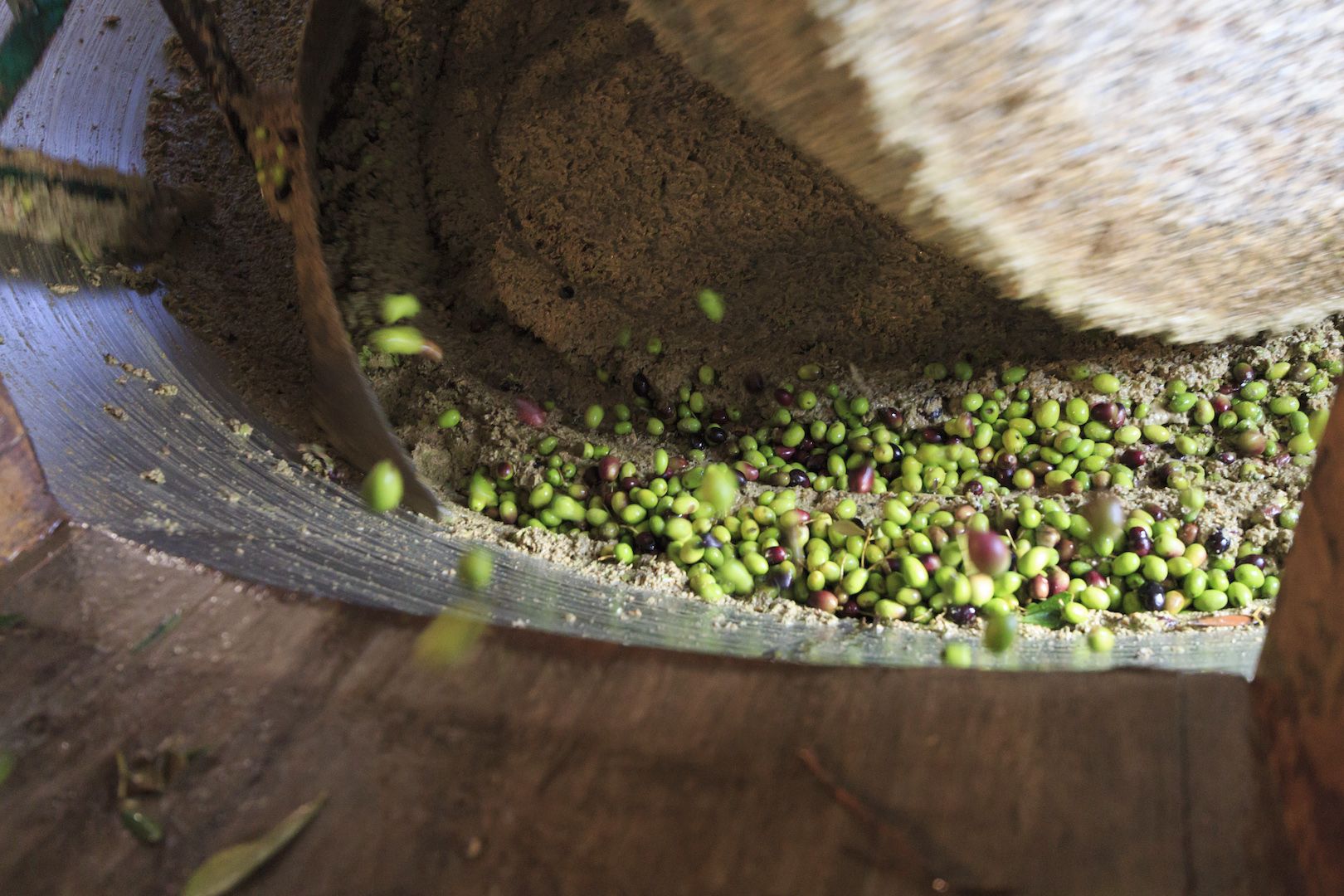 Everyone always talks about vitamins, minerals and trace elements when it comes to health and healthy nutrition. But polyphenols, i.e. secondary plant compounds, have much more power. What hardly anyone knows is that they are particularly abundant in olive press water, whose health aspect was only researched a few years ago.

Secondary plant compounds, as the name suggests, are found exclusively in plants. Polyphenols are the most important group. They are mainly found in the marginal layers of fruits, vegetables and grains, where they provide the color and flavor of the food. But that is by no means all. These bioactive substances mainly serve as a defense against pests and insects and offer the plant protection against UV light. Whole grains, vegetables and many fruits, including olives or berries, are particularly abundant in polyphenols.

Acqua mora as the Italians call it

However, it is not the olive itself that contains the largest proportion of the power substance, but the vegetation water that is produced during pressing or oil production. In the past, it was disposed of as a waste product. Gianni from the Lo Franco family, who founded the Fattoria La Vialla near Arezzo and thus introduced biodynamic farming to Italy, says: “Our most important discovery was that the otherwise unnoticed vegetation water of the olives is not a waste product of oil production, but a valuable, very healthy by-product. Our great-grandmother Caterina always knew that. She liked to tell how good the olive water did her, the dark and bitter ‘acqua mora’ as it is called in Italy.”

Every year from mid-October to early December, the oil mill at the Fattoria never stands still. Day and night the freshly harvested olives are pressed within 6-12 hours. For some years now, the vegetation water from the olives and their pit is collected during pressing. A centrifuge separates it from the oil. In order to extract the polyphenol concentrate from the aqueous component of the olives, special ceramic membranes are used for mechanical filtration.

n this way, the bitter elixir can be extracted without the use of heat, solvents or chemical reagents. Since polyphenols are water-soluble rather than fat-soluble, the average polyphenol concentration in the aqueous waste product is significantly higher than in a comparable quantity of extra virgin olive oil.

But that was not enough for the Lo Francos. The family wanted scientific proof of the effectiveness of their “acqua mora”. So Italian scientists began to examine the vegetation water for its health-promoting properties. They discovered that the former waste product provides 20 times more polyphenols than olive oil – above all hydroxytyrosol, the most important antioxidant of the olive tree in terms of quantity. It belongs to the group of phenolic acids. Its extremely strong antioxidant properties are evidenced by the ORAC value of 40,000 µmolTE/g.

Polyphenols are so healthy

In addition, the water contains bitter substances that not only naturally protect plants from pests. “Polyphenols are attributed with various positive effects,” confirms the oecotrophologist. “First and foremost is the antioxidant property. Polyphenols act as radical scavengers. They protect our cells from oxidative stress and thus also from premature skin aging. This stress is caused by environmental toxins or smoking, among other things.”

She further explains: “They also reduce the risk of developing cancer and have an anti-inflammatory effect. Polyphenols also have a positive influence on blood clotting and the immune system. They inhibit the growth of viruses, bacteria and fungi, thereby reducing the risk of infection. They also lower blood sugar levels, blood pressure and harmful LDL cholesterol. Thus, they reduce the risk of developing atherosclerosis. Phytoestrogens may be able to relieve menopausal symptoms.“

Oliphenolia put to the test by science

Gianni Lo Franco: “The study on our ‘Oliphenolia’ (the name of the elixir from Fattoria La Vialla) was conducted under the direction of Dr. Adriana Albini. The Milanese scientist is an internationally recognized expert in the field of cancer research. She was asked to assess whether the interaction of polyphenols contained in the clarified vegetation water has anti-angiogenic properties (directed against the growth of tumors) and whether the polyphenols as a total complex show a greater effect than the most important single molecule, hydroxytyrosol.”

The result of the four-year study was clear: Oliphenolia is an effective complex of natural molecules, which in their interaction are far more potent than the isolated hydroxytyrosol, which is considered the most significant antioxidant of the olive tree. A course of Oliphenolia is recommended 3-4 times a year. Drink a 25 ml glass of the black concentrate in the morning and in the evening for 16 days. You will soon get used to the bitter taste. If you can’t manage it, you can order the red Oliphenolia. It is combined with concentrated, unfiltered grape juice, which reduces the bitterness.

What is the daily requirement of polyphenols?

As yet, there is no recommendation from the German Nutrition Society. Sabine Häberlein says: “In the literature, there is always talk of 200 milligrams per day. But this figure is not certain. After all, research into secondary plant compounds is still quite young and quite extensive.”