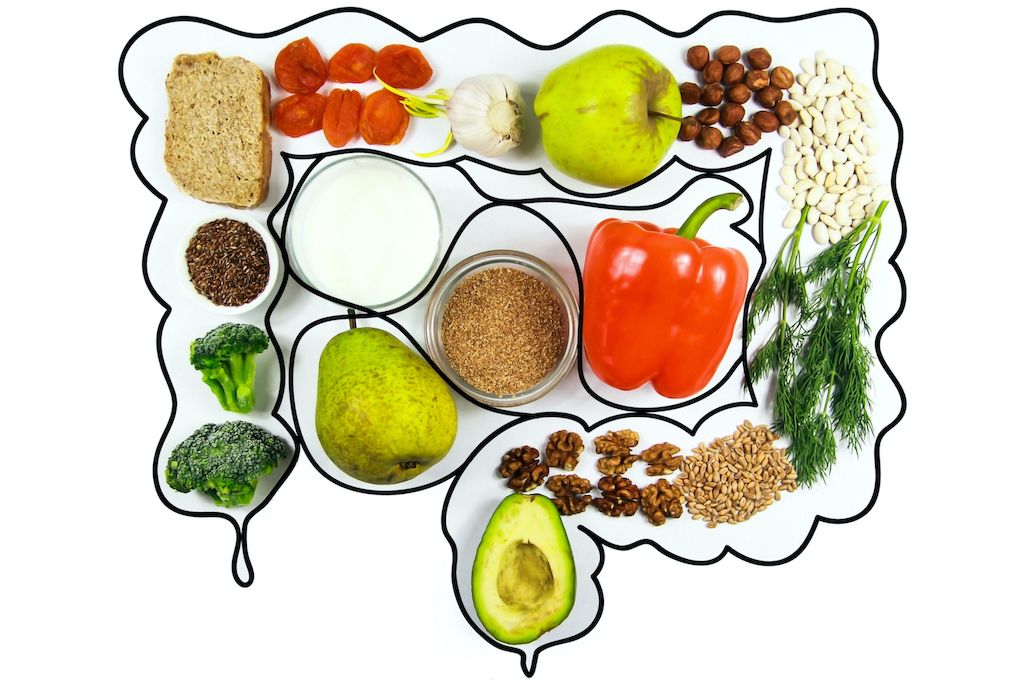 Cosmetics companies are increasingly relying on care products with bacterial cultures. The so-called probiotics are supposed to bring problem skin back into balance by balancing the “good” and “bad” bacteria.

Probiotics are known from the grocery store. These living microorganisms are found especially in yoghurts and fermented foods such as sauerkraut. Their main task: They ensure a healthy intestinal flora. And now we should smear it on our faces! Sounds a bit disgusting at first. But of course there are no living organisms in the cream jar. “They are prepared beforehand in the laboratory and incorporated into the texture in a dissolved form,” explains Britta Klebon from the L’Oreal research department.

The microbiome in the focus of science

The word probiotic comes from the Greek and means something like “for life“. And that is pretty much the case, because probiotics in their original form are living microorganisms. We know about 400 different probiotics out of an estimated 40 trillion bacteria that are mainly on the mucous membrane of the large intestine. The most well-known are the lactic acid producing bacteria, which are called lacto- and bifidobacteria, and keep the intestine healthy. However, this finding is not new. As early as 1908, the Russian bacteriologist Ilja Metschnikow received the Nobel Prize in Physiology and Medicine for discovering that the lactic acid bacteria in yoghurt can support our immune system and fight pathogens in the human gut. The term “microbiome” is newer, and research into it has now become the focus of research after decoding the genome. It describes the entirety of all microbial roommates, including their habitats and ecological functions. It was shaped by the US molecular biologist Joshua Lederberg, who died in 2008. Decoding the microbiome is a mammoth task for science. The human body serves the diverse microbes (bacteria, viruses and fungi) with a total weight of up to 1.5 kg as a complex ecosystem. This primarily includes the bacteria in the intestine, but also those in the skin, urogenital tract, mouth, throat and nose. “What makes the evolution of microbes so fascinating and at the same time so worrying is their combination of huge populations with intense fluctuations within these populations,” Lederberg wrote in 2000. How a healthy microbiome should look is still unclear. Especially since everyone has their own, individually composed microbiome that is influenced by genetics, the environment and lifestyle. A kind of genetic fingerprint. The intestinal bacteria also teach our immune system to differentiate between “good” and “bad” germs. Usually there is no place on the densely populated intestinal wall for pathogens such as staphylococci and streptococci or E. coli bacteria. If intruders are detected, the bacteria communicate with the immune system using signal messengers. If the microbiome changes as a result of diet or medication such as antibiotics, this often results in an imbalance with various clinical pictures up to a change in the skin. If the intestinal flora is not in order, you cannot expect radiant skin. In other words, you are what you eat.

Our skin is also populated by several types of bacteria. They form the microflora, the natural protective film. Over a million of them can be detected per square centimeter of skin. Here too there are the “good guys” and the “bad guys”. The “bad ones” include Propionibacterium acnes, which cause acne. We now know that the aging process also shifts the balance. Why, that’s still unclear. New York dermatologist Dr. Whitney Bowe, author of the book „The Beauty of Dirty Skin“, claims that if the fragile skin infrastructure is out of balance, we may be to blame. “Our obsession with antibacterial detergents destroys the healthy bacteria on our skin,” she explains. “Once your skin’s microbiome is disrupted, this leads to impurities, rosacea, psoriasis, eczema and even increased skin sensitivity.”

There is now a whole range of probiotic care products on the market. They mainly contain single strands extracted from a bacterium, mostly lactic acid, or metabolites of bacteria. The New York company Orveda uses prebiotics made from fermented potatoes and kombucha. For the Germany Beauty Brand Gladskin, the Dutch biotechnology company Micreos has developed an enzyme that only kills the Staphylococcus aureus bacterial species. These are responsible for skin irritation and inflammation, especially in chronic diseases such as acne, rosacea and neurodermatitis. In order to clearly diagnose staphylococci, a smear of the skin is necessary. So far, research has not been able to prove that living bacteria have a greater impact on skin health than extracts. However, a combination of the probiotic active substance and a prebiotic substance is often used. Prebiotics such as inulin and oligofructose or lactose from milk are primarily used to support the growth of probiotics. A kind of doping for the bacteria. But there are other concepts for a healthy bacterial balance. “A new approach is to establish molecules in the raw materials market that inhibit the communication of microbial signals,” explained the Hamburg skin expert Dr. Sabine Gütt at the last workshop of the German cosmetic company Reviderm. “A first active ingredient in this direction, which u. a. a biotechnologically produced cell culture extract from the mulberry bush (noni), which has been found to be promising in terms of acne, is said to block the signals of microbiome communication. “

Much can also be achieved with nutrition so that the good bacteria feel good in the intestine and thus also the skin. The bacteria want to be properly fed. Prof. Eric Martens, Immunology and Microbiology at the University of Michigan expresses it very figuratively “If you don’t feed them, they will eat you up.“ The intestines prefer fiber, which is mainly found in plant-based foods. So rather a Mediterranean, predominantly vegetarian diet. These include: fruits (apples, pears, berries) and vegetables (spinach, broccoli, carrots). Prof. Andreas Schwiertz, head of the German Institute for Microecology in Herborn, recommends bananas: “They contain a lot of inulin. This fiber has a particularly favorable effect on the growth of anti-inflammatory intestinal bacteria.“ Fruit porridge made from grated apple or carrot porridge, for example, promotes swelling substances that are broken down by the bacteria into short-chain fatty acids. These in turn feed the mucous membrane. The butyric acid in jacket potatoes is an important intestinal protector. It supplies the epithelial cells that stimulate the growth of the intestinal mucosa with energy. Everything that is fermented, such as sauerkraut, displaces pathogenic bacteria and protects the mucous membrane. Also put legumes (beans, lentils, peas), psyllium husk, linseed, chia seeds and whole grains on your menu. You should eat about 30 grams of fiber every day. It doesn’t sound like much at first, but it is often not achieved with our current nutrition. If you have not eaten enough fiber so far, you should get used to it slowly and drink plenty of water, otherwise the plant fibers will cause bloating.