New Science: Why Brown Fat is Good and White Fat is Bad 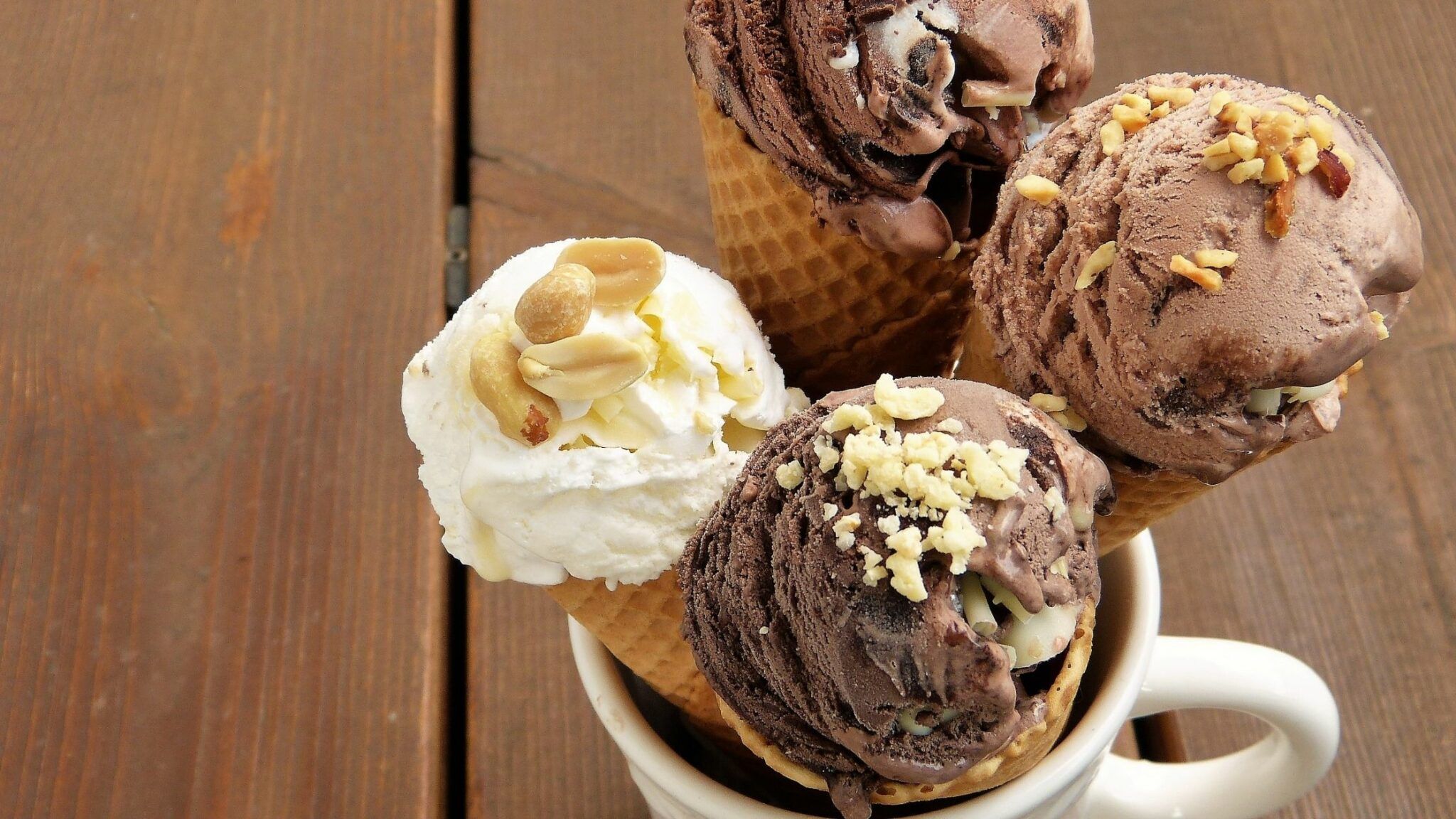 I recently got a strange PR text about a body cream in my mailbox. It was claimed that the new product for belly and hips can turn white fat cells into brown ones. How is this metabolic remodeling supposed to be accomplished with creams alone, I ask myself, when even serious scientists in this field are still largely fishing in the dark.

The human body is naturally endowed with two different types of adipose tissue. Brown and white. In this way it is possible for him to react to a lack of food as well as to cold. The white fatty tissue is mainly located under the skin, on the abdomen and buttocks, which is why it is also referred to as subcutaneous because of its location directly under the skin of the abdomen. It’s the fat we feel when we pinch or do sit-ups. Its task is to isolate the body from the cold and to provide the organism with energy in the form of adenosine triphosphate. When there is a high energy requirement, this ATP is obtained from lipids that we ingest with food. If we eat too much fat, it will be stored. In addition, white fat acts as a separating tissue between the organs in the abdominal cavity. Medical professionals then refer to it as visceral fat. Even liposuction cannot help against this fat.

For a long time it was assumed that the body only has brown fat in infancy, which is extremely well supplied with blood and therefore also has the darker color. Adults shiver to keep warm. Babies still have too little muscle mass for this. They get warmth from the brown fat cells on the torso. In contrast to the white fat cells, these do not work as energy stores, but rather burn them in the cell’s own “power stations” (mitochondria) in order to then give them off directly as heat. This unique feature maintains body temperature in newborns. One also speaks of tremor-free heat generation or adaptive thermogenesis. Very little of this plurivascuolar fat tissue can be found in the adult body – under the collarbone, on the neck, in the neck and along the spine. We have only known that for a few years. In 2009, US researchers discovered it when they were looking for cancer cells using computed tomography.

If brown fat can increase the body’s energy consumption without muscle activity, wouldn’t it also offer a new starting point for the treatment of obesity and its secondary diseases such as type 2 diabetes? Such is the reasoning of science. But how can you turn white fat, which most of us have enough available, into brown? Certainly not with a body cream, don’t believe it, whatever the advertising suggests. If it were that simple, it would not be a cosmetic, but a medical product. And so it would require a prescription, because it means an intervention in the organism, and the inventor is sure to be a millionaire.

The way from white to brown fat is anything but easy, as our fatty tissue, the largest endocrine organ in the body, is subject to a very complex system. For a long time it was thought that white adipose tissue was hormonally controlled. Wrong, as it turned out. The production starts from cells of the adipose tissue, the adipocytes. There are also cytokines such as adiponectin, leptin, resistin, tumor necrosis factor alpha (TNFα) and interleukins, which are also referred to as adipokines according to their secretion site. Other local cells such as fibroblasts, monocytes and macrophages are also involved in the secretion of adipose tissue.

The hormone leptin (Greek leptos = thin), which is released by the adipocytes, also plays a role. Leptin attaches to corresponding receptors in the hypothalamus and reduces the feeling of hunger. This doesn’t work for many obese people. They are leptin resistant. This means that despite high levels of leptin in their blood, they do not have an appetite brake. And something else is needed so that the brown adipose tissue can develop its full burning effect: the hormone orexin, which is produced in the brain. After all, it is not the case that brown fat simply disappears from your body after you are a baby. Rather, adults have more so-called beige adipose tissue in their bodies, a subclass of brown fat that has the same good properties as brown fat.

Orexin heats up the fat cells

In order to track down the orexin mechanism, laboratory mice had to be used, as is so often the case in the service of science. A research team led by Devanjan Sikder from the Sanford-Burnham Medical Research Center in Orlando found that a deficiency in the hormone produced in the brain inhibits the burning power of brown fat cells in mice. The mice, which were genetically programmed to have an orexin deficiency, put on more fat than their “untreated” conspecifics – even though they received less food.
The opposite effect occurred when orexin was administered. The mice became leaner. Excess calories from high-fat foods were simply burned off. “Our research provides a possible explanation for why some people are overweight even though they don’t overeat,” says Sikder. Possibly an orexin deficiency contributes to the fact that the brown fat settles on the lazy skin and keeps the energy consumption low. Here a kind of weight loss pill with orexin could help to activate the brown adipose tissue to top performance. The dream of all couch potatoes. But there is still no effective solution in sight. Because everything that is introduced into the body and causes an internal change also usually has undesirable side effects.

Another aspect was examined in a Swedish study. As soon as the brown fat, which is present in the body from birth, has reached its full burning capacity, the body converts parts of the white “bacon rolls” feeders into slimming calorie burners. The scientists found that just 57 grams more brown fat would be enough to increase calorie consumption by 20 percent.
Exercise already helps to stimulate the formation of brown fat. Physical exertion stimulates the formation of so-called brain-derived neurotrophic factors in the hypothalamus to activate the sympathetic nervous system. Under these conditions, whites turn into brown fat cells. This browning effect also occurs when the body is exposed to high levels of cold. It releases a lot of adrenaline, which increases the amount of brown adipose tissue. With this he tries to keep the body temperature at a constant 37 °.
And in the icy cold of -40 ° outside temperature at the North Pole, this logically requires significantly more energy than in the comparatively mild European winter. We have to go to the cold chamber if you want to reach such frosty temperatures. The fact that the cold produces more brown fat has also been demonstrated in mice exposed to a constant temperature of 6 ° C over a period of 10 days. But who wants to voluntarily freeze permanently in order to shed a few pounds?

It would of course be practical if more brown adipose tissue could be implanted in the body in the simplest possible way. Scientists at Columbia University in New York came up with this idea. In their start-up “Ardent Cell Technologies” they developed a corresponding method with the help of aesthetic surgery: Using a fat transplant technique, the white fat was removed from one part of the body, converted and injected into another place as brown fat. A transplant, so to speak.
Brian Gillette, researcher at NYU Winthrop Hospital and founder of “Ardent Cell Technologies” treated the extracted white fat with chemicals in a bio-reactor for a few weeks before the converted tissue found its way back into the body. Laboratory tests have shown that this method works well with human cells. The test was also carried out on mice that had previously been fed very high fat. The brown adipose tissue that was injected into them after the conversion remained for two months without turning back to white fat. However, despite the additional brown fat cells, the mice did not lose any more weight than the control group.

A slimming patch for couch potatoes

Another plan of the scientists is to develop a slimming patch. Researchers at the Columbia University Irving Medical Center i are already working on it. The system is supposed to work like this: The active ingredient reaches the white adipose tissue via tiny nanoparticles that are integrated into the approximately 1 square centimeter patch. Each particle has a diameter of only 250 nanometers (comparison: a human hair measures approx. 100,000 nanometers). Tiny needles on the adhesive surface of the patch transport the drug into the fatty tissue completely painlessly. But even this method has so far only been tested on overweight mice. All of them lost 20 percent of their white adipose tissue on the treated side of the body. There were no side effects in the tests in the laboratory. The team now works on the most effective combination of active ingredients possible, but tests on humans are not yet on the horizon.