My new hip is inside me! 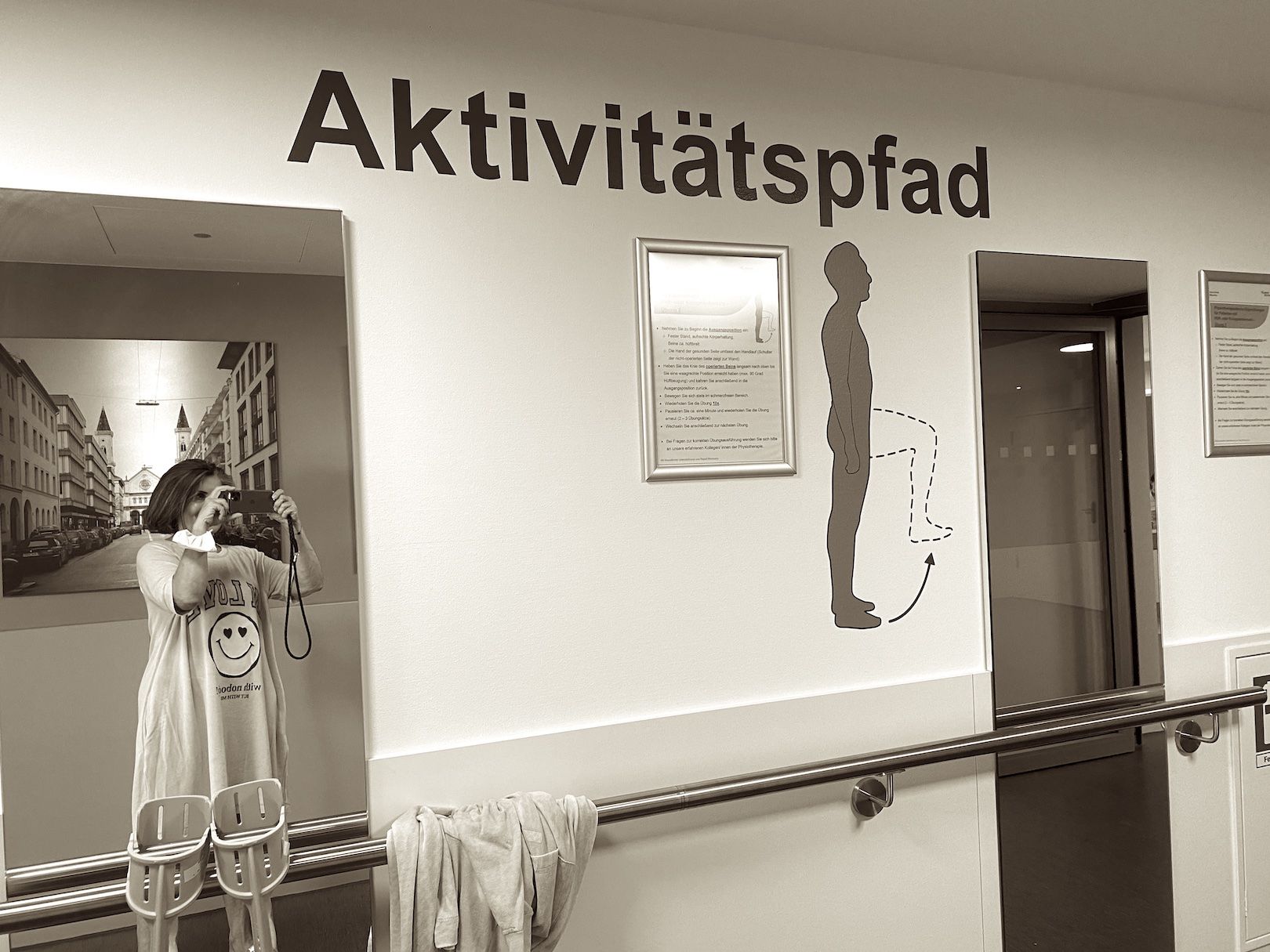 It annoys me a little when I hear people who have already had an artificial hip tell me how easy it all was. They always say in unison: “I was able to walk again immediately afterwards” and “If I had known, I would have had it done much earlier. But in reality, joint replacement is not at all as simple as it is often made out to be. By the way, endoprosthesis is the technical term. I experienced this on my own leg.

But probably this forgetting is a similar phenomenon as after a birth. As soon as the mother holds her baby in her arms, all the pain and strain are a thing of the past. In truth, implanting an artificial hip joint is anything but a walk in the park. It is a long journey.

And I don’t mean the four hours of paralyzing waiting time. Since the early morning, I had been sitting in a waiting room in front of the television in a sterilized surgical shirt, bathrobe and blue overalls on my bare feet, freezing together with several fellow sufferers. Each of us had to wait until a nurse rolled us in a wheelchair to the operation. I am not talking about the operation as such. The endoprosthesis was hammered into my previously milled out thigh bone in 40 minutes, the only 6cm long wound on the outside closed again – sewn inside in several layers, stapled on the outside.

New hip: I could not lift my leg

Much worse was what came afterwards. When I woke up three hours after the anesthesia in a very nice single room, I first probed my body and tried to lift the leg with the operated hip. I couldn’t. It was as if all the muscles that I had trained myself for years through sports had suddenly disappeared from the entire leg. I couldn’t even put my foot up in bed. The previous arthritis pain in my hip was gone, but I had severe soreness and muscle pain. Every few hours I was given appropriate medication, and in between – especially at night – a painkilling injection.

So for the first few days after the procedure, I lay on my back in my hospital bed like a stranded bug, unable to turn to either side. To get up I needed the help of a nurse. I could stand on the operated leg only with my yellow crutches for support. I learned that to get up, I first had to crawl to the edge of the bed, then sit upright, extend my left leg from me, and get into a standing position on my right foot and walkers. The same procedure followed me to the toilet – with the seat elevated.

I constantly had the nurses’ admonition “Don’t turn the operated leg outward” in my ear. If I wanted to change direction while walking, I had to turn with many small steps. If I wanted to get back into bed, I had to lift the operated leg onto the bed surface with both hands. Then my favorite sister Kate (from South Africa) showed me a trick: You put the foot of the healthy leg under the ankle of the operated one and lift both legs into the desired position with the strength of the abdominal muscles. Works and is at the same time training for the Six Pack.

Daily exercise under professional guidance is on my therapy schedule: I learn how to go up and down stairs with crutches. I learn how to get in and out of a car with crutches on the clinic’s therapy car, a “cut-down” BMW. If something falls out of my hand, I can’t pick it up by myself. I am only allowed to bend the operated leg to a maximum of 90° for many weeks. I also can’t transport anything that I can’t hang in a bag on the crutches. So putting flowers in a vase is not possible. I am still a long way from being independent and walking properly. But after six days in the clinic, I am at least recovered enough to enter the rehab clinic, which will be my home for the next few weeks, on crutches and not have to be driven in a wheelchair. That’s already something!