Written by Margit Rüdiger on 2. October 2021. Posted in me&myself. 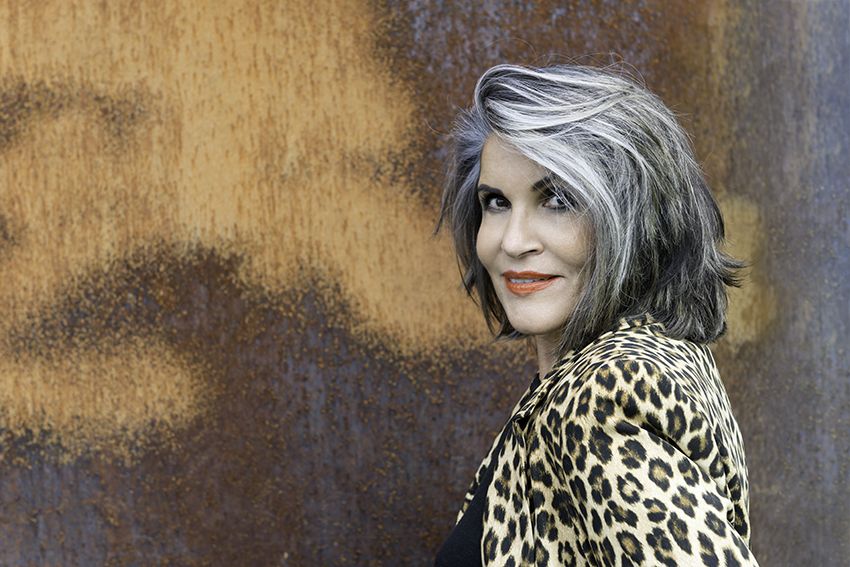 If I think back then I wore my hair long for half of my life. When I was a child, our father insisted that a girl must have long hair. And all of his three daughters were blessed with beautiful, full, dark hair. Father was my dream man back then, and who doesn’t want to please his dream man. When I was a teenager, I began to rebel against his wishes and ideas – including long hair. In addition to the newly discovered “I determine myself” thoughts, there were other, much more practical reasons that I wanted to part with the long hair. Had I been allowed to wear it openly, everything might have gone in a slightly different direction.

But for as long as I could remember, my waist-length hair was always pinned up tightly in the morning so that it wouldn’t come up during the day and “hang down sloppily”. In the evening when opening it, an uncomfortable pulling pain spread across the scalp every time. Not to mention the combing through of the thick braids and the 100 brush strokes every day “for a beautiful shine”, as it was said. I was afraid of my aunt from Hamburg, who came to see us regularly on vacation, because she would put us children in the bathtub and then wash our hair too. She did it so hard that I feared I would be bald afterwards. But giving backsides and protesting was forbidden to the “dear aunt who only meant well”.

The end of my long hair period

As I said, when I was 15 my rebellion began. I persuaded my mom to take me to the hairdresser so I could have my long mane cut at least at shoulder height, and in fact she did me the favour, even though she knew Dad would be mad. And as expected, he had a fit of rage in the evening. My mother’s attempts at appeasement were of no avail. He didn’t speak to me for days, at best to let me know how ugly he found my short hair. They weren’t really short, just shorter.

After only a year, however, I had long hair again, because the boy I was crazy about at the time was into long-haired girls. I didn’t get him, but the hair stayed because length was fashionable at that time among my school mates. I was then allowed to wear the hair openly. The time of pinned up knots was finally over for me. However, updos are still a horror to me til today. A real childhood trauma!

I held onto my hair length for years. I drove hairdressers crazy because I carefully monitored the scissors so that no more than the permitted centimeter fell victim to the tips. My long black hair had become something of my trademark – and my lips were always red. A designer friend of mine always called me Pocahontas, the favourite daughter of Indian chief Wahunsonacock, immortalized in 1995 in the cartoon by the Walt Disney Studios.

One day I was sitting at my hairdresser’s and he asked: “The usual lace cut again?” I answered „no“ and said that this time he had to cut more. I needed a change. In disbelief, he first looked at me and then at my long hair. “Are you sure?” My decision was made, and finally the scissors started their work. At least 8 inches had fallen, and I immediately felt comfortable with the new shoulder-length hairstyle, wildly layered. I stayed true to my look for years.

Then came the annoying topic of the first gray hair at the roots. At some point I had enough of the regular re-dyeing, the intervals got shorter and shorter. I let the gray temples grow out and let dye silver strands in the dark remnants. At the same time, the hair became shorter. A little over chin length bob. Younger, fresher, bolder, I found. Most of the people around me thought so too. Welcome to the Silversisters Club. There are tons of #silversisters #silverhair on Instagram.

I’ll stick with this look – for now. You should never say never again, but I can’t even imagine having long hair with my current hair color. Because as soon as the hair only bumps up on the shoulder and turns outwards in a 60s-like manner, I find that I look totally “aunty” and unkempt, and I run to the hairdresser as soon as possible. There is just the right hairstyle for every stage of life. Or not? What do you think?