We’ll Make a Bar then 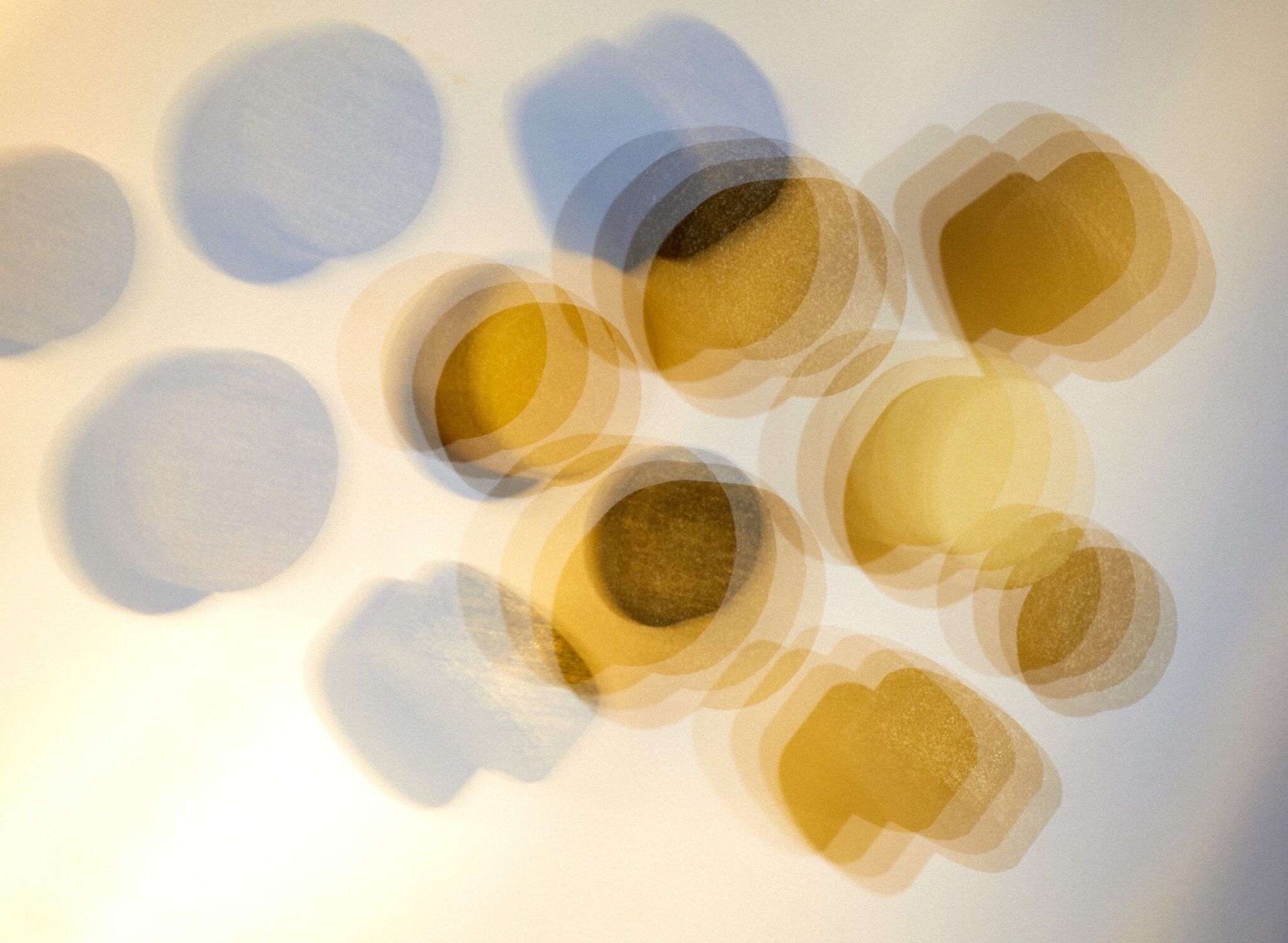 When Dirk Walther talks about bars, it has nothing to do with alcohol. Rather, with a small, fine hair beauty line that he has just started with three shampoo bars.

The Munich based hairstylist got the inspiration for this when he spent a break in his favorite little village in Sri Lanka four years ago. Instead the perfect wave, a stinking plastic carpet suddenly piled up behind the passionate surfer, around three hundred meters in radius. “The plastic was piled up about three feet and was drifting towards us. Everything smelled like manure,” Dirk remembers with a shudder. That was an initial spark for him. Especially when he noticed the next day how the plastic mountain, which had meanwhile been set up on the street, was burned.

Both was already an issue in Dirk’s family home in the German city of Kulmbach. His mother promoted waste separation early on at the local political level. The father developed machines for his textile company in which dyes for Gore-Tex or Teflon textiles could be reused and no longer had to be derived. Sustainability, as he learned from it, is feasible for everyone. “If everyone contributes something on a small scale, at some point you will have something huge,” that is his credo.

Shampoo bar as a lockdown idea

„Nevertheless, one shouldn’t look too doggedly“, says Dirk. His approach: Doing good for yourself and the environment, but always with style and fun. And so a little round thing emerged from the encounter with a wave of plastic waste that wants to make the world a little better. C&C-Author Margit Hiebl was one of the first testers and spoke to Dirk Walther about his lockdown baby …

We’ll develop a shampoo bar … sounds nice, but isn’t it that simple?

Dirk: Well, I’ve already gained a bit of experience in the last 25 years as a creative and consultant for cosmetics companies in the field of product development. Also when I was allowed to develop products with Paul Windle over 10 years ago during my time in London. Even then, it was my idea to be more sustainable.

How did you come up with your own products?

After the experience with the plastic waste in Sri Lanka, I couldn’t get rid of the idea that something has to be changed. At the same time, I came across the first shampoo bars – but I found that their performance was never really good. We started our first experiments with Annika, an employee in my salon Barnet Concepts who makes her own cosmetics. But for that you need time that I didn’t have with the Salon in Munich, commuting to London or Milan as a hairstylist for fashion shows or photo shoots around the world. And then came the lockdown.

… and with it a lot of time

Exactly. And since I’m a very structured person, I couldn’t just do nothing. That’s when my old dream came back into play. I pulled out all of my notes and old books, then disassembled about 30 shampoo bars and compared them to liquid shampoos. It struck me that no one had ever looked at the mix of liquid shampoos.

It’s about the right ratio of proteins and hair care substances to surfactants. For weeks I worked on recipes and rummaged through my favorite book, an old hairdressing specialist book from 1884. In it I discovered interesting recipes for shampoos and long-forgotten ingredients, such as broccoli seed oil, which was used in the past for the first hair colors because it closes the cuticle of the hair. Almost like an artificial silicone, but soluble and degradable in the hair.

My plan was: Use the ingredients as regionally as possible, use as few ingredients as possible, the mildest, degradable surfactants and use as little water as possible. So I ordered raw materials, mixed them together at home and pressed them into ice cube molds. Then given to friends or customers for testing.

… I was also one of your guinea pigs

You and my wife Meike were a challenge … until I found a mixture that also works for curly hair! And so a test bar came to Sabine and Stefan Fasching, who had been my customers for a long time and, as it turned out, the owners of the Sagitta company. A Munich family business that arose from a pharmacist tradition and has healthy habits as its motto.

This is called providence…

Yes, it just worked! We sat down and it was clear to both sides that it should be a heart project. But even such have to bear. We think: If it is from the heart, it will be a good product and that is also worthwhile. And everyone had what the other didn’t have: I come from fashion and have the recipe, they have a laboratory for professional product development and are familiar with safety tests and all that.

How long did it take to have the finished shampoo bar?

For about a year! Because we have tinkered and improved again and again, also by omitting something, like an essential fragrance oil, because these contain preservation. We didn’t need it either, because the ingredients themselves smell. Still, I was nervous before the safety and germ tests because we are working with powders that are not chlorinated. But we passed the tests far below the permitted germ count. We assume that this has something to do with the prebiotic ingredient inulin, a sugar compound that nourishes the skin’s microbiome.

What else is in the three bars?

The base of the three bars is a surfactant made from coconut. It is particularly mild and does not remove as much moisture from the hair with good cleaning power. In “Clean” we also have Macedonian nettle and birch leaves, which are strong. In addition, tea tree oil, which has a disinfectant effect, and mint oil, which promotes blood circulation and thus nourishes the hair roots. “Moist” provides moisture and care with shea butter, argan oil and almond oil. It does not weigh down, but makes frizzy hair smoother and shiny with broccoli seed oil. And “Treat” makes even thick, porous hair supple with hemp oil, broccoli seed oil and marshmallow root.

What’s up with the little bag?

Soap dishes annoy me, especially because the soap always stays a bit damp in them. The alternative was: hang it up! But because the “soap on a rope” doesn’t really work either and breaks at some point, the idea of the little bag was born, which is also very sustainable. The product dries in the air and can be used up completely. It works like a gentle peeling when lathering the head without damaging the hair structure.

You can wash it at 30 degrees and use it again. Or send it back to us – then we disinfect it and use it again. And last but not least, we save packaging because it is approved as such. We therefore only need a box for shipping. The fabrics from the company Rehasche are leftovers from curtain production. That is why there are also different designs.

And what do you do with your shampoo bar when you travel?

There are aluminum cans for this. We looked at different materials: Glass is too heavy, sustainable plastics consume an incredible amount of energy. This is how we came up with recycled aluminum cans – they are light, durable and do not rust. We put a piece of loofah sponge in there, which soaks up the moisture after washing your hair.

Some are even small street art objects…

Yes, we currently have 100 cans designed by Munich sprayers from the Broke.Today collective.

A legitimate question that we also asked ourselves. The answer: no, not really. And yet: it is a work of art and you keep it. We also sell these cans for 20 euros. That covers the cost price and the rest goes to the artists. This also closes a cycle.

How long can you use the bar?

The declaration says a year. We recommend six months, because we don’t want to stockpile that long either, so that we can do without preservatives and don’t have to throw anything away. That also fits, because you can do up to 40 hair washes with one bar.

In retrospect, what was the most challenging or surprising thing in your development?

Oh, a lot! Apart from the fact that the care requirements had to be right for all hair, for example how difficult it is to create a chic bar: It shouldn’t look pressed or dry, but solid, round, with rounded edges. Another challenge was to use as little electricity and water as possible. We only need electricity for mixing, we do that with a hand mixer. Also for the scales and a little for the stove top to warm up the shea butter.

The rest is manual work: Each bar is pressed individually, and we have been testing for weeks which pressure is optimal. And we would like to keep this approach. On the one hand because mass production requires a lot of water, on the other hand because I think it’s nice to pass on something handmade.

Sagitta x Barnet shampoo bars, 50 g, 20 euros including a bag made of recycled material. They are vegan and contain no animal ingredients. All ingredients are sustainable, many from controlled organic cultivation.