Written by Margit Rüdiger on 20. September 2020. Posted in Health & Beauty. 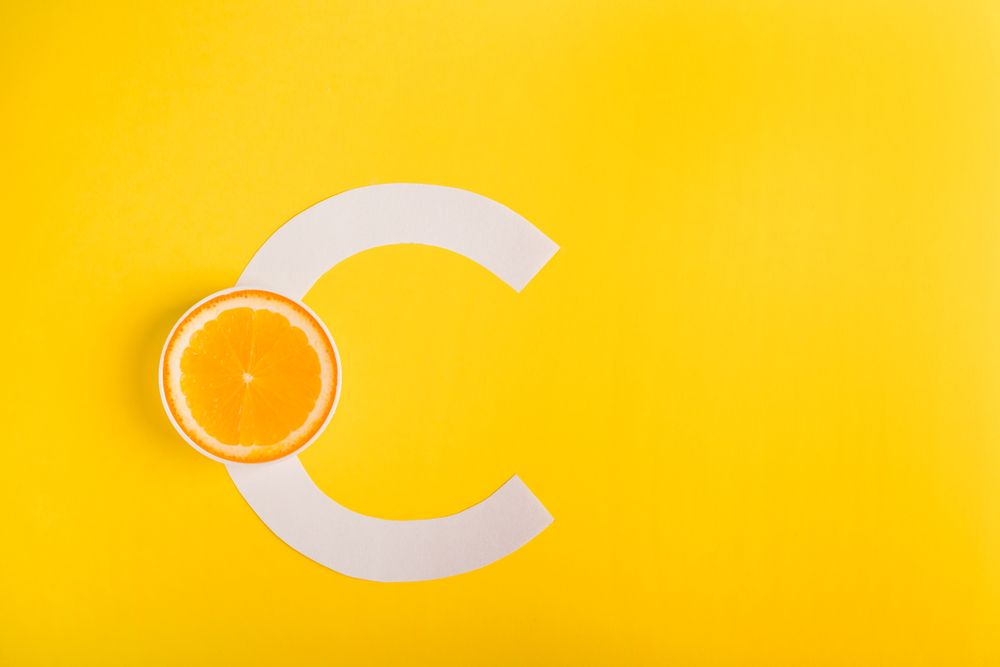 Especially now in autumn, the water-soluble vitamin is back in fashion because it strengthens the immune system. And in the current Corona times, it is even more in demand. Vitamin C also protects and supports the skin. But not everyone can take it.

Have you ever heard of a vitamin C allergy or intolerance? Neither do I until I got it. To be more precise, I reacted extremely badly to ascorbic acid, as vitamin C is also called. It started with the fact that every time I took pain pills that combined acetylsalicylic acid (ASA) with ascorbic acid, I got thick puffiness under my eyes. If I ate too many foods containing vitamin C, I felt sick and the toilet became my best friend. Often times I wasn’t even aware of an overdose. Because vitamin C is not only found in fruits and fresh vegetables, where one suspects it. It is also used as an additive in many products, such as sausages and meat products, to make them more durable and prevent discoloration. Because ascorbic acid reduces the formation of free radicals, which can arise from the oxygen in the air. So it’s a natural antioxidant. Unfortunately, I didn’t succeed much better with vitamin C in cosmetics either. Instead of glow and long-lasting moisture, redness and pustular appearances adorned my face.

And what does the dermatologist say?

Dr. Hans Peter Schoppelrey, dermatologist and allergist at the „Haut- und Laser Zentrum“ in Munich, promptly provided me with confirmation that one can actually be allergic to vitamin C. “It’s true,” he says. “But for the medical professionals it was rather a surprising finding that some people develop intolerance and even allergies to vitamin C taken orally. However, many products today contain industrially produced, high-dose vitamin C. In the event of an overdose, the vitamin is excreted in the urine because it is water-soluble, but some of it can be stored on the passage through the intestine.“ And because vitamin C also travels through the kidneys, problems with an overdose can occur, especially in people with underactive kidneys. Oxalic acid is then increasingly formed in the kidneys, which promotes the formation of kidney stones. And how does an allergic reaction manifest itself? “With bitches on the tongue, gas and diarrhea,” explains Schoppelrey. “Perioral dermatitis can occur around the mouth.“ How can you tell when it is better to avoid cosmetics containing vitamin C? Schoppelrey: “Vitamin C on the skin can cause two reactions. If small pustules with itching form after topical application, this speaks for an allergic reaction, but is still unexplained. “According to his statement, a reaction to the acid occurs more often in allergy sufferers. “People with sensitive skin often do not tolerate ascorbic acid,” says Schoppelrey. “But this is not an allergy, but rather a sensitivity of the skin to the acid. In such a case, those affected usually do not tolerate any other acids such as fruit acid etc.“ This is exactly what makes it so difficult to find out whether the vitamin C is not being tolerated or whether its acidity is the culprit. Most products also contain many other allergens such as preservatives or fragrances, which can be responsible for the symptoms.

A blood test can detect an overdose. As a rule, the values ​​should not be above 5 to 15 mg / l. A rather imprecise value, because most people react differently. In addition, it only reflects the current status, so to speak, and says nothing about a possible allergy. Dr. Schoppelrey: “In order to test for a vitamin C allergy, you could at best put high-dose vitamin C on the skin like a skin prick test. However, even a reaction to this is not 100% proof, because here, too, the skin could only react to the acid, without it actually being an allergy.“ If there is a suspicion of a contact allergy to vitamin C, one should avoid care products such as creams and serums to which ascorbic acid has been added as a kind of booster against wrinkles, pigment spots and pale skin.

Vitamin C is one of the most important vitamins. It regulates the oxygen supply to the cells, protects them from free radicals and is required for the synthesis of other endogenous substances. It is involved in collagen production for the connective tissue as well as in the formation of cartilage and bone tissue or in the optimal function of the immune system. Many metabolic processes could not take place without vitamin C. Too bad the body can’t make it itself. According to research, human ancestors lost this ability an estimated 20 to 25 million years ago due to a genetic defect. While most mammals can make the vitamin in their liver from glucose, humans have since had to ingest ascorbic acid with their food. A sophisticated mechanism compensates for this defect in that “sugar transporters” in the red blood cells, like tiny conveyor belts, bring the used up vitamin C into the cells, where it is instantly recycled and then transported with the blood. Because the body cannot store it either, it has to be supplied daily through food. For adults, around 110 milligrams per day is recommended. Breastfeeding mothers and smokers have slightly more needs because they have higher metabolic losses. When we think of food and vitamin C, we usually think of lemons first. But broccoli, black currants, apricots, and sea buckthorn berries are also richly blessed with them. Grapes also contain vitamin C, but also a lot of fructose. Half a red pepper and a glass of orange juice, consisting of around two freshly squeezed oranges, cover your daily requirement – without having to bite into a sour lemon.